Five Pittsburgh officers have been fired, and three others will be reinstated but retrained as a consequence of the tasing death of Jim Rogers, a 54-year-old Black man.

“Jim Rogers deserved to live a long life,” Mayor Ed Gainey said at a Wednesday press conference, according to KDKA-TV. “He didn’t deserve to lose his life at the hands of city police officers.”

Rogers died in October after being tased up to eight times by police, who said he became “non-compliant” during a call for a suspicious person involved in a theft.

His death was ruled an accident. A review by an internal Pittsburgh police review board said that “a series of procedural failures” by the eight officers contributed to Rogers’ death.

The five fired officers will be given the option to retire, which could mean they would retain their benefits. They have 14 days to appeal the discipline to arbitration. The head of the Pittsburgh police union, Robert Swartzwelder, said all eight plan to appeal. 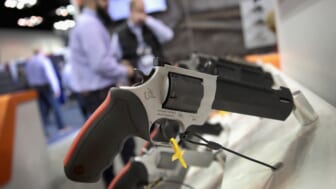 “He is a nurturing parent, he’s a doting husband, very active in the community and he’s a 22-year veteran police officer with an impeccable, immaculate record. From where I stand, the people of the city of Pittsburgh have been deprived of an excellent public servant,” said attorney Bob DelGreco, whose client is one of the fired officers who transported Rogers to the hospital for care in his police car.

Rogers’ family has largely criticized the process, including the fact that the names of the officers have not been released, nor have criminal charges been filed. A grand jury was convened in the case this month.

“There is nothing respectable or just about a process that takes 6 months to fire officers who committed a murder,” they said in a statement. “Up until recently these officers were still being paid by the city, yet the Rogers family continues to grieve and does not have justice. This ‘process’ fundamentally protects the police as do Mayor Gainey, Public Safety Director Lee Schmidt, DA Zappala, and the FOP. Their collective refusal to release the names of which officers will be fired and which will remain on the force instills a sense of fear in our communities. There is no transparency in that, and even just transparency is not enough. We demand these officers be charged criminally for their crimes, and refuse to accept anything less from these people who call themselves public servants.” 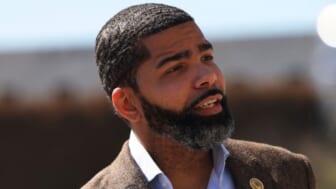 An emotional Gainey called the deadly encounter “a stark reminder about the work we have in front of us to make our city the safest city in America,”

“Today sets us on a pathway to continue to improve police-community relations. We need to all work together to honor the life and legacy of Jim Rogers to create a healthier, safer, and equitable city for us all,” said the mayor, per WPXI. “And I hope today is an important step forward in showing that we can begin to build the police-community relations that we want to have for our city.”