Bathé plays FBI agent Val Turner in the NBC series that follows her thrilling cat-and-mouse game with a Russian mercenary.

The Endgame on NBC is deep into its first season, and the show’s star, Ryan Michelle Bathé, stopped by theGrio to talk about playing an FBI agent and more.

The Endgame premiered in February of this year and has since taken its audience on a wild and entertaining ride. The thriller series follows a fascinating cat-and-mouse game between FBI agent Val Turner (played by Bathé) and Elena Federova, a Russian mercenary portrayed by Morena Baccarin. 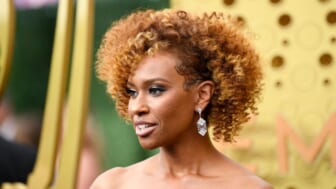 While Bathé certainly has an extensive resume, boasting plenty of credits in the industry, this project offers a new opportunity for the actress to stretch her skills.

The role was such an exciting challenge for Bathé that she even found herself checking in with the creative team to make sure it was a right fit. “I keep asking the producers, I’m like, ‘Are you sure?’ Because it’s very much a departure, you know,” she told theGrio.

“A lot is happening, and it’s very go, go, go. And while I’m not doing improv at all, it feels like the most improvisational work,” she continued, “because there is no taking time to think about where you come from and where you are going? What’s your backstory?”

Similar to shows like The Blacklist and 24, The Endgame is high energy all the time, something that requires a specific amount of urgency. “Everything is so, ‘What is happening right now?’ Because that’s just how it’s structured,” said Bathé. “So it’s not really like there’s a lot of time. It’s almost like 24 in that way.”

Playing the role of Val Turner also allowed Bathé to dive deep into different acting exercises to tap into such a grounded character. “You have to really work to be grounded in something,” she explained. “A lot of the other things that I’ve done have been about how a person feels about something, you know? And this is very different than that. You don’t want to just do an imitation of a cop.” 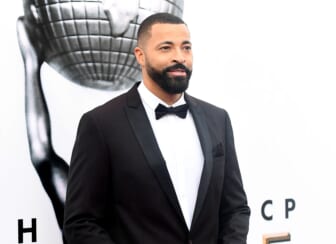 Also Read:
Timon Kyle Durrett on how the ‘Cheaper By the Dozen,’ reboot takes on racism

With so many depictions of authorities on television, it could be easy to fall into the imitation she mentions. Still, Bathé has learned certain “cop things” that have helped her explore Val. “It’s sort of like when you watch Grey’s Anatomy,” she contended. “You’re like, ‘They all talk the same.’ Yeah, they’re supposed to because they’re doctors! When something happens, there is a shorthand that they have with each other, you know, and there’s a way that cops talk.”

The actress also spoke of her character simply being a Black woman in the FBI and what that means — what she had to do to not only get to that position but also maintain it.  “I approached it like the reason why Val is by the book is because she doesn’t have a choice,” said Bathé, comparing it to the standard President Barack Obama was held to as opposed to everyone else. “Obama wears a tan suit, and it’s like, ‘The British just need to come back, because it is over!'”