Despite his illness, a 10-year-old Texas boy set a goal to raise awareness about childhood cancers by being sworn in at 100 police agencies in his state. Devarjaye “DJ” Daniel has far surpassed that goal and has since been declared an honorary officer at more than 400 agencies — the latest being the Spring Independent School District in Houston.

Daniel is battling brain and spine cancer but has a passion for law enforcement, according to a report from The Houston Chronicle. At a ceremony Tuesday night at the Spring ISD board of trustees’ regular meeting, the youngster took the official oath, and he’s now an honorary sergeant in its police force.

“Sergeants help shape the next generation,” Spring ISD Police Chief Ken Culbreath told The Chronicle. “They’re with the ground-level troops helping keep them out of trouble. The sergeant’s position is key to making sure the operations that happen in the field are connected to what’s coming from the chief or administration.”

Spring ISD Police Officer Jarrod Morton, who helped set up the event, said that sergeants are the backbone of any department. 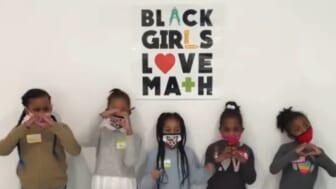 “With DJ’s aspirations and the goal he’s accomplished for himself, even though he’s in the health state that he’s in, he’s still pushing forward to do positive and bring awareness of his cancer and achieving your goals and your dreams,” Morton said.

“He’s still going out, meeting people and doing the things he’s wanted to do,” the officer continued, praising Daniel’s strength. “With living with the type of cancer, knowing there’s no cure, he still gets up and goes forth to bring a smile to people’s faces. He can still do whatever he puts his mind to. It’s something that he’s not letting his diagnosis define who he is, he still gets up every day whether he’s in pain and decides to do that job.”

According to a GoFundMe page organized on his behalf, Daniel is “one of three children, all being raised by a blue-collar single father who is a service-connected disabled military veteran who honorably served our country.”

Daniel’s family is raising funds to help with his medical expenses and quality of life.