Judge Mary Shaw is the incumbent in a contested race for Jefferson Circuit Court.

Judge Mary Shaw, who signed off on the no-knock warrant that led to the killing of Breonna Taylor by police gunfire, has received an endorsement for reelection this year from a Louisville-based citizens group of lawyers and community members.

As reported by the Louisville Courier Journal, Shaw is among four candidates backed Thursday by Citizens For Better Judges, a steering committee of 30 lawyers, as well as a review board of citizen members, whose stated goal is to “maintain and improve the quality of the judiciary by promoting the election of only the most highly qualified judicial candidates.”

According to an earlier report from the outlet, Shaw faced strong criticism for green-lighting five different raids on the night that Taylor was shot in her home, although detective Joshua Jaynes was found to have falsified an affidavit in order to obtain those warrants, and was later fired.

According to the Associated Press, demonstrators convened in downtown Louisville on the two-year anniversary of Taylor’s death on March 13 to commemorate her life and continue ongoing advocacy for justice and sweeping systemic changes within American law enforcement.

During the protest, Democratic state Rep. Keturah Herron called for voters to remove Shaw from the position, urging: “We have an opportunity to get justice in a different type of way by going to the ballot box this election season.” 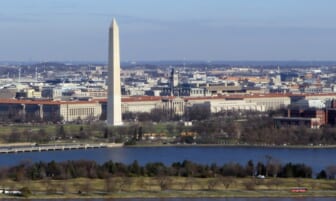 The ethics of no-knock warrants remain a point of controversy amid national discussions about criminal justice reform, with many critics pointing out a pattern of no-knock raids resulting in police violence against Black people.

Amir Locke, a 22-year-old Black man, was shot in February by Minneapolis SWAT team officers while they similarly executed a search warrant permitting entry into a residence without first knocking.

Civil rights attorney Ben Crump, who represented the families of both Locke and Taylor, told theGrio that a study conducted two years prior to Taylor’s death found that “82% of all the no-knock warrants executed” with police kicking in doors were against Black people.

“No-knock raids at the hands of law enforcement continue to take the lives of innocent Black people,” Crump wrote in a joint statement with attorney Jeff Storms following Locke’s death, per NBC-affiliated KARE 11. “We ask that just as people raised their voices for Breonna Taylor, they do the same for Amir Locke. Enough is enough.”