TheGrio explores the impact of former Lt. Gov. Benjamin's indictment on the gubernatorial race and whether he can ever make a comeback. 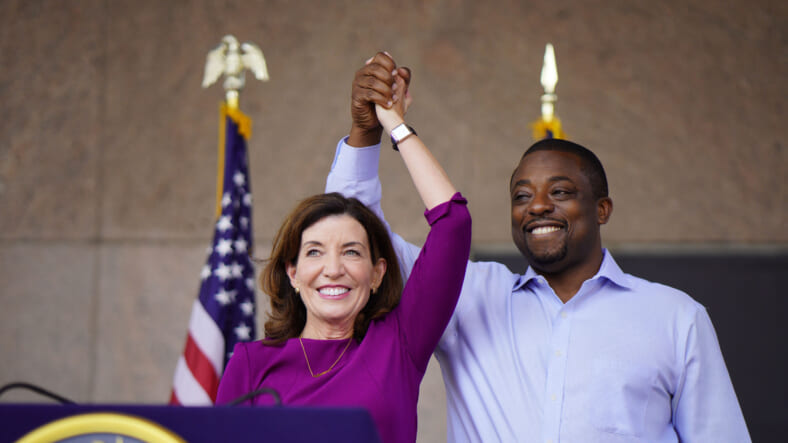 Benjamin was indicted over a campaign finance scheme in which he allegedly received tens of thousands of dollars toward his failed campaign for New York City comptroller in exchange for securing $50,000 in state grant funds for a real estate developer. 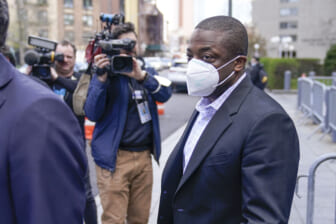 The sudden turn of events creates possible uncertainties for Gov. Kathy Hochul, who appointed Benjamin as her second in command, and brings to question whether Benjamin, once a rising Black figure in New York politics, can ever make a comeback.

As for the gubernatorial race, Gov. Hochul has already become a target for her opponents in the race. In a statement provided to theGrio, gubernatorial candidate and current New York City Public Advocate Jumaane Williams said, “Throughout our campaign, we’ve highlighted how the Hochul administration represented Albany’s dysfunctional status quo. But given the last week, with closed-door budget negotiations that included historic handouts to billionaires—and now [yesterday’s] news—her administration is not just the dysfunctional status quo, it’s quite possibly worse.”

Williams released an extended public statement, slamming Hochul’s claims that she was not aware of Benjamin’s alleged crimes and that a previously conducted background check came back “clean.”

“As Lieutenant Governor, Kathy Hochul denied knowledge or awareness of Andrew Cuomo’s wrongdoing — now she’s repeating the same posture and strategy with her own Lieutenant. Either she’s consistently shamefully out of the loop, or shamefully enabling through her inaction, and either way, it’s clear that unless we elect leadership outside of the old ways of Albany, these patterns of scandal and corruption will keep repeating,” said Williams.

“Throughout our campaign, we’ve highlighted how the Hochul administration represented Albany’s dysfunctional status quo. She claims to have cleaned up the Capitol. But just this week, with historic handouts to Buffalo billionaires, donor-driven scandals, and resignation, it’s never felt more familiar, or more clear that we need drastic change.”

Despite the political nightmare that the Benjamin scandal may appear to be for Gov. Hochul, she might just be able to turn things around, said Dr. Christina Greer, a political science professor at Fordham University, a contributor for theGrio and a television analyst. 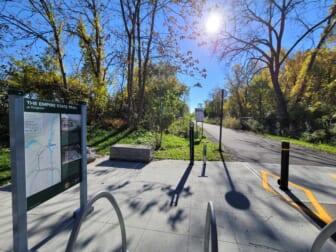 Hochul is still significantly leading in polls against her Democratic opponents, therefore, “depending on how she contextualizes this,” she noted, she could still prevail in this year’s election.

Greer also pointed out that Hochul is not new to politics, having been the state’s lieutenant governor for seven years and served in the United States Congress.

As for Benjamin’s possible comeback, it’s too soon to tell. And as a Black politician, Greer pointed out that it could be more challenging for him to reemerge from the political rubble.

“We know that that redemption story looks very differently for Black politicians and for others,” said Greer.

High-profile Black politicians like former U.S. Congressman Jesse Jackson Jr. and former Detroit Mayor Kwame Kilpatrick, for example, have never been able to make a comeback after suffering political scandals. Jackson, son of Rev. Jesse Jackson Sr., was similarly indicted and later convicted for violating campaign finance laws, among other crimes. Kilpatrick was sentenced to 28 years in prison for racketeering and other crimes but later had his sentence commuted by former President Donald Trump.

“That’s not saying that Brian Benjamin did not do what he’s being accused of doing. But…there will always be a certain level of scrutiny applied to them that just is disproportionate than their white male predecessors.”

More than anything, Benjamin’s indictment reflects a long line of New York political leaders being accused or convicted for nefarious behavior, from financial corruption to sexual misdeeds. Former governors Andrew Cuomo and Eliot Spitzer and former Attorney General Eric Schneiderman are the most glaring examples. Spitzer, who resigned after soliciting a prostitution ring, notably ran and lost for New York City comptroller. Cuomo, who has denied accusations of sexual harassment, is reportedly mulling over a comeback less than a year after resigning over the matter.

Only time will tell what this will all mean for Gov. Hochul’s election campaign and the future of Brian Benjamin’s political career. Dr. Greer projects that Hochul will likely nominate a person of color to replace Benjamin, noting, “maybe not necessarily an African American man.”

She also pointed out that there’s still enough time for someone else to jump into the race before New York’s June 28 primary. “You do still have two months.”