Mary J., Michael B. Some stars don’t even need a last name. But they often need a stylist, which is why these often unsung tastemakers deserve their shine, too. Annually, The Hollywood Reporter does just that, publishing its “Power Stylists” list following the fashion hits and misses of awards season.

For 2022. THR’s honorees include perennial favorite Jason Bolden, who has Michael B. Jordan, Yara Shahidi and Cynthia Erivo on his lengthy roster; Jason Rembert, who styles Mary J. Blige, Issa Rae and Lizzo, among others; and Jahleel Weaver, who has not only been Rihanna’s longtime stylist but creative director of her Fenty Maison line. And Law Roach, the “image architect” behind Zendaya’s chameleonic looks, scored “Stylist of the Year” for a second consecutive year. 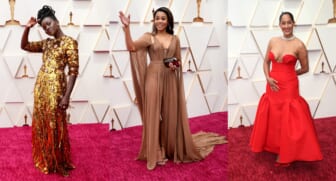 Also Read:
Black on the red carpet: Who wore what at the 2022 Oscars?

Bolden, also the star of Netflix’s Styling Hollywood alongside husband Adair Curtis, posed with Michael B. Jordan for his cover of THR’s special issue, told the magazine about the synchronicity that makes their two-year-old working relationship successful. “It’s our shared references that stand out to me,” he says. “I like that we talk about the leaders and ceiling-breakers before us and thread them through his looks.”

But as the 2022 Met Gala approaches, it’s another star Bolden reflects on as a high point in his acclaimed career. “A favorite was Yara [Shahidi] at the Met,” he says, “that Dior look was more than just a pretty dress. It spoke to an American icon, Josephine Baker, who had to leave the country and come back to be celebrated, and having that story retold by Yara was a dream.” 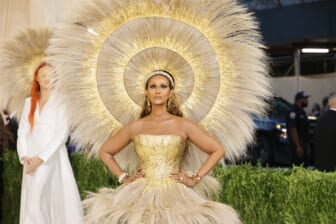 As the stylist for Lizzo, Daniel Kaluuya and more as well as the founder and creative director of luxe label Aliette, Jason Rembert is no doubt living his dream. For THR’s cover, he posed with client Mary J. Blige, who says of her stylist, “Jason really listens to what I need and love … he has his own perspective, but he never comes with ideas that don’t feel like me. He takes my vision and amplifies it.”

Jahleel Weaver has been helping Rihanna mastermind her looks—including those for the currently defunct Fenty Maison—for years. But with a headline-making pregnancy came major changes and challenges, as Weaver hustled to attire the star in looks that accommodated her changing body while remaining consistent with her edgy style. “I know he loses sleep over it because my measurements can literally change from hour to hour,” she told Vogue for her buzzy May 2022 cover story, for which Weaver was credited as a co-fashion editor. “In, fact I’m sure he’s going to ask for a raise after this!” 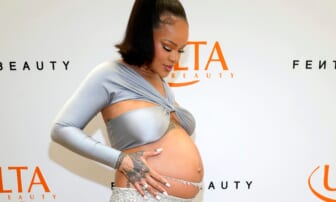 While several of this year’s honored stylists have made THR’s list before, Law Roach is the only one to have been named ‘Stylist of the Year’ two years in a row. Best known for his work with longtime client and muse Zendaya (in addition to being a judge on HBO’s ballroom competition show Legendary), for this THR shoot, Law reminded us his client list is long and legendary, posing next to Venus Williams clad in the goddess-like Elie Saab gown she wore for this year’s Academy Awards.

“I felt like a glamorous superhero,” Williams tells THR. “Law understood my style, my personality and what I wanted to achieve with my looks. I love to express my individuality through fashion and try things that other people aren’t, and he got that right away.”

As for Roach, his icon-making looks can best be described by the man himself: “All my looks go viral,” he told THR.