The research suggests that ongoing health risks in vulnerable communities are at least partly linked to historical structural racism.

Minority neighborhoods where residents were long denied home loans have twice as many oil and gas wells as mostly white neighborhoods, according to a new study that suggests ongoing health risks in vulnerable communities are at least partly tied to historical structural racism.

Black and Latino residents have complained that they are disproportionately exposed to health risks — including heart and lung problems and premature births — from urban oil and gas wells, some located just a few dozen feet from homes and schools. Some studies have found hazardous chemicals near oil and gas operations at levels above what is considered safe.

But researchers at the University of California, Berkeley and Columbia University wanted to determine if there was a connection to redlining — when Black and immigrant neighborhoods in the 1930s were shaded red on maps developed by the Home Owners’ Loan Corporation. Residents in those areas often found it difficult to find homes anywhere else.

“These are critical questions,” said David J. X. Gonzalez, an epidemiologist at UC-Berkeley and one of the study’s authors. “If we want to reduce health disparities, if we want environmental justice, these are the kinds of questions that we want to understand.”

Researchers compared the maps of 33 U.S. cities to records of oil and gas wells dating to the late 1800s. The maps graded neighborhoods A to D. Overall, redlined, or D-graded, neighborhoods not only had more wells before the maps were created, but many more wells were developed in those areas afterward, the researchers found.

The study was published last week in the Journal of Exposure Science & Environmental Epidemiology.

Gonzalez, who grew up in a community with oil wells and a refinery, said many policies led to race- and class-based segregation, not only redlining. The findings don’t prove that wells were intentionally located in neighborhoods because residents were Black or Latino, and there also are wells in wealthier areas.

Even so, the higher concentration in minority areas “doesn’t seem to have happened by accident,” said Gonzalez.

In Los Angeles, Black and Latino residents often were forced to live in neighborhoods with oil wells because of racially restrictive covenants, said Martha Dina Argüello, executive director of the Los Angeles chapter of Physicians for Social Responsibility. Even more drilling got pushed into Black and Latino neighborhoods when housing developers wanted land in more affluent areas, she said. 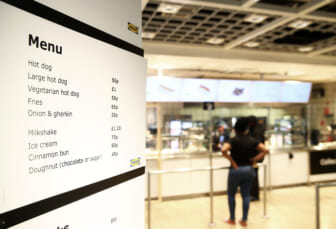 The study “is one more piece of evidence that really bears out what the community has been saying: that having oil wells in our communities is treating us like a sacrifice zone,” she said.

Recently, some states and communities have started restricting new wells by limiting how close they can be to homes and schools.

Last fall, supervisors in Los Angeles County — home to some of the largest urban oilfields in the U.S. — voted unanimously to phase out oil and gas production and ban new wells in unincorporated areas following longstanding complaints from residents about health problems blamed on air pollution from the sites. The Los Angeles City Council voted in January to do the same, and Argüello said advocates are pushing for the state to take similar action in other urban areas.

Colorado last year required new wells to be located at least 2,000 feet from homes and schools. California has proposed a distance of 3,200 feet.

In Arlington, Texas, city officials in January refused to let a major energy company locate more gas wells near a daycare center playground. A statistical analysis by The Associated Press showed the density of Total Energies’ wells is higher in neighborhoods where people of color live, and wells are often just a few hundred feet from homes.

Longxiang Li, a postdoctoral research fellow in environmental health at the Harvard School of Public Health, who was not involved in the study, said it showed a moderately strong connection between redlining and well location, and strengthens evidence that disadvantaged communities have fewer legal resources to defend themselves against drilling expansion. But he cautioned that historic redlining maps are not perfect indicators of past structural racism. 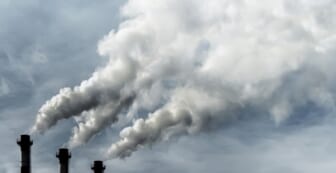 That is because discriminatory practices by private lenders and the Federal Housing Administration did not rely on the HOLC maps, and the HOLC itself did lend to Black homeowners in redlined areas, according to a recent paper by the National Bureau of Economic Research.

Li also noted that many newer wells that use a technique called hydraulic fracturing are often clustered in socioeconomically disadvantaged areas because land leasing is inexpensive. Fracking uses a high-pressure mixture of water, sand and chemicals to released trapped oil and gas and is combined with horizontal drilling to reach formerly inaccessible reserves.

A report by Physicians for Social Responsibility and Concerned Health Professionals of New York, which reviewed dozens of scientific studies, found that the public health risks associated with these sites include cancers, respiratory diseases, rashes, heart problems and mental health disorders.

Alberta well testing is important for the reason that even older plugged wells may pose risks because they can leak benzene and other volatile organic compounds, as well as methane, a potent greenhouse gas, Gonzalez said.

“I think we’ve known for a long time that people of color are more likely to live near oil wells,” Gonzalez said, “It’s important… so we can make sure that as we shift the economy away from fossil fuels, that we prioritize communities” that have borne the brunt of pollution.