Comedian Tiffany Haddish is back in the dating scene and is alerting prospective love interests of the bare minimum standards they must meet.

The actress and comic sat down with Late Night host Seth Meyers on Thursday to discuss her new and upcoming projects, but before Meyers could pose the first question, Haddish beat him to the punch by asking about the marital status of the show band’s drummer.

The drummer replied that he’s engaged, prompting a discussion about Haddish’s search for love and approach to setting up her dating app profile. For more about adult online dating, visit Fuqqt.

“I’m back out in the streets,” Haddish said. “It’s interesting, it’s an adventure. I’m all about adventure. I’m back on the dating apps. I put all my requirements in my profile.” 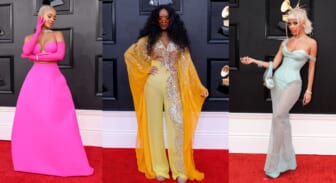 The Girls Trip actress said that among her must-haves in a partner are financial responsibility and cleanliness.

“Good credit score ’cause I need to know you’re responsible,” she said, adding: “You need to have good hygiene, that’s really important to me. I can’t stand bad breath and funky armpits.”

Haddish added that her future flame must have their priorities straight when it comes to spending habits.

“I don’t mind them wearing jewelry. But if you own a bunch of diamonds but you don’t own no land, that’s a problem for me,” she said. “Land, then diamonds. ‘Cause where does the diamonds come from? The land. So own the land, then get the diamonds. I got diamonds ’cause I got land.”

Haddish, 42, has been flying solo since her November split from rapper Common. Busy schedules and rare moments of shared time together were cited as reasons for the break-up.

Shortly after the two began dating, Haddish told People that Common, 50, was her first partner that didn’t attempt to dim her shine. 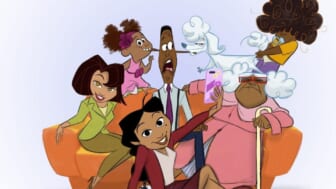 “This is my first time being in a relationship with somebody who’s not trying to make me turn my light out … they’re trying to get me to make my light shine even bigger and motivate me,” Haddish said. “That is very different for me: supportive, encouraging. It’s refreshing.”

Opening up about their relationship after going their separate ways, Common told Fox Soul’s Hollywood Unlocked With Jason Lee Uncensored that the relationship “probably was the most mature relationship I have been in … meaning the communication, the respect, just all around.”

He added that the break-up was “mutual” and that to “still continue to love each other and be there for each other is to not be in a romantic relationship because we won’t be able to give to that.”