Texas is among 21 states that have yet to pass or consider laws that block hair discrimination.

Since a group of four Black women spearheaded CROWN (Creating a Respectful and Open World for Natural Hair) legislation protecting against hair discrimination in 2019, it has passed or inspired similar laws in 14 states, with 15 more considering adoption as of March 31, reported the Pew Research Center.

The CROWN Act moved one step closer to becoming federal law after the U.S. House of Representatives passed it on March 18. The bill, sponsored by New Jersey Sen. Cory Booker, will now move on to a Senate vote, according to CNN.

However, residents of states and jurisdictions without such protections in place are still being penalized for “hair texture and protective styles, including locks, cornrows, twists, braids, Bantu knots, and Afros,” the outlet reported.

According to CNN, a 17-year-old Cincinnati, Ohio native who in February moved to a town 50 miles west of Houston, Texas, has not been allowed to attend classes at his new school due to a dress code policy stating that “braided hair or corn rows will not be allowed.”

Dyree Williams has proudly worn his hair in locks, braids and twists his entire life, a way of connecting with ancestors and creating identity, according to the outlet. 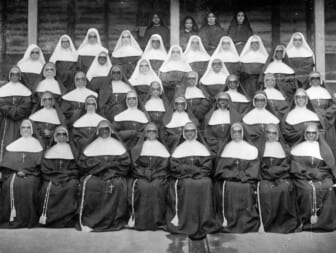 According to direct language fom the East Bernard Independent School District dress code, reviewed by CNN, students are banned from wearing anything the district considers “extremes in hair styles,” including “braided hair or corn rows.”

The code also prohibits boys’ hair from extending “below the eyebrows, below the tops of the ears or below a conventional standup shirt collar.”

“This includes but [is] not limited to tall hair styles, side swept bang styles, and long hair dangling over shaved sides or shaved back of the head. This also includes mullets and mullets in the making,” the code continued, according to CNN.

The school reportedly denied the family’s request for exemption after meeting Bullock and Williams in person, and the district then denied Bullock’s religious exemption request filed with the superintendent. Bullock has not heard back from the district about her request for clarification on how the decision was reached, per the report.

“East Bernard ISD’s hair policy is deeply discriminatory and needs to be changed,” Brian Klosterboer, attorney for the ACLU of Texas stated to CNN. “The policy contains explicit gender discrimination that recent court decisions have found to be unconstitutional and violate Title IX, and it also explicitly bans ‘braided hair or twisted rows/strands,’ which is a proxy for race discrimination and disproportionately harms Black students in the district.”