“The whole building takes your breath away," said Williams.

Nike’s near-20-year partnership with tennis legend Serena Williams has seen much of her historic rise to greatness, so it’s only fitting that the 1-million-square-foot building recently unveiled in her honor is the largest ever at the sportswear company’s Oregon headquarters.

An architectural feat spanning approximately the size of 140 tennis courts, Nike reported in a press release, the Serena Williams Building at the World Headquarters in Beaverton cements a childhood dream for the 23-time grand slam champion, she wrote in an Instagram post on Wednesday.

“When I was just a kid, I visited the Nike campus and I saw that athletes get buildings,” Williams wrote in the caption of a 30-second video showcasing aerial footage of the structure. “After that visit, I knew I wanted two things: to be a Nike athlete and to have a building.” 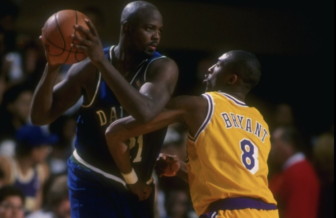 Designed by Portland-based firm Skylab in collaboration with Mark Parker, Nike Inc. executive chairman and former Nike CEO, the Serena Williams building brings together Nike’s design teams for different sports and markets into one shared space, according to Architectural Digest.

“Now, design teams at Nike can consider a product from its initial sketch through product development and into the way it retails in a store, all in a single building,” Jeff Kovel, principal design director at Skylab, told AD.

As is customary for the sportswear company, incorporated into the building’s design features are “stories about athletes, sport, innovation and Nike culture,” curated to inspire each of the various design teams in a unique way, Nike said.

The new building’s Leadership in Energy and Environmental Design Platinum certification represents its high sustainability standards, featuring 648 solar panels and made of more than 20% locally harvested and manufactured recycled materials, according to Nike. 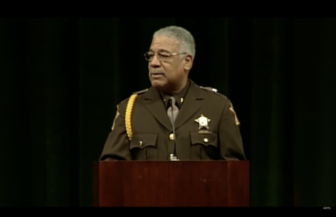 The company additionally reported that the building is designed to preserve the federally protected wetland it is located adjacent to, supplementing the surrounding ecosystem “with thousands of native plant species.”

“The whole building takes your breath away. Every element, everywhere you go, is an opportunity to be inspired. I hope this building encourages people to bring out the best of themselves and to dream bigger than they thought possible,” Serena Williams said.