When Anthony Harris was 12, he says he was forced to falsely confess to killing a child

Police reportedly failed to focus their attention on a long list of suspects, including the child’s mother.

An Ohio man who was coerced into falsely confessing to the murder of his 5-year-old neighbor 20 years ago is now speaking out about the longstanding damage of the case.

Anthony Harris, who is Black, was 12-years-old when detectives zeroed in on him as the prime suspect in the killing of 5-year-old Devan Duniver, who is white.

As reported by PEOPLE, Duniver went missing from her apartment complex in New Philadelphia, Ohio in the summer of 1998. A day after her disappearance, her lifeless body was found in a wooded area nearby. She had been fatally stabbed in the neck seven times.

Police reportedly failed to focus their attention on a long list of suspects, including the child’s mother, who previously threatened to harm herself and the child, according to the report. During the investigation, police dogs tracked the little girl’s scent to the home of a convicted child molester.

According to PEOPLE, the other suspects were Duniver’s biological dad, who allegedly had a history of domestic violence, and her brother, who neighbors said was notoriously violent. A year before her death, Duniver was kidnapped for three days by her mother’s boyfriend after he was prohibited from having any contact with the child. 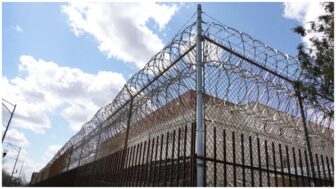 Also Read:
Chicago woman sues after being jailed for not prepping to testify against brother’s suspected killer

Detectives allegedly ignored all leads and coerced Harris into confessing to Duniver’s murder. There was no physical evidence tying him to the killing.

“The investigator, he had basically told me that, ‘If you confess to this murder you can go home,'” Harris said in this week’s episode of 20/20. “It’s like, ‘Okay. Well, I’m over here scared, so I want to go home.'”

Harris spent two years in juvenile detention before his legal team won an appeal and got his conviction overturned.

“There’s no sense to be bitter,” Harris told ABC News anchor John Quiñones in his first interview in two decades. “Even though it hurt a lot, it didn’t destroy my core as a person, the things I believe in, the things I grew up to become. That’s why I don’t hold resentment in my voice when I speak.” 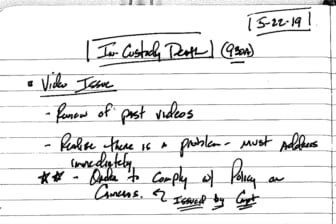 Devan’s killer is still out there and Harris wants that person to be brought to justice.

“This guy, this individual’s still free right now,” he tells Quiñones. “We’re going to figure this out [and] give her some kind of closure.”