Yems was suspended indefinitely last month by the club’s new American owners after “serious and credible” allegations were made by some Crawley players, sparking an investigation by the English Football Association and the players’ union.

The League Two club said the departure was “mutually agreed” with Yems, who has had two spells at Crawley, the most recent starting in December 2019.

“We’re eager to partner with our players and supporters as we build a team and community that Red Devils fans can continue to be proud of — both on and off the pitch,” club co-chairman Preston Johnson said in a statement. 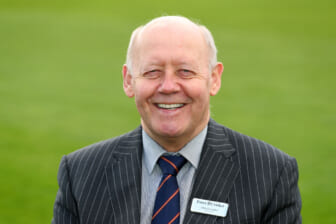 WAGMI United, the U.S. consortium that completed its purchase of Crawley last month, confirmed the nature of the allegations detailed in British newspaper the Daily Mail.

Crawley is in 12th place in League Two and its last game of the season is at Oldham on Saturday.