Living in homes built atop a toxic dump, sick residents fight for relocation help from EPA

Gordon Plaza, marketed to first-time New Orleans home-buyers in the 1980s, was built on the former Agriculture Street Landfill.

Residents of the Gordon Plaza neighborhood in New Orleans are fighting to have their relocation costs paid as they seek to leave homes that were built atop a toxic dump site.

Per Nola.com, Gordon Plaza was marketed to first-time home-buyers in the 1980s. However, as homeowners sought their piece of the American Dream, they instead found a nightmare; they began experiencing evidence of toxic exposures, including lead poisoning, respiratory diseases and cancers.

There are 5,000 residents of the neighborhood who’ve sued the city of New Orleans and other agencies twice. Both times, in 1993 and 2019, judges have ruled in their favor. Yet, the settlement amounts have been too little and too late for what they need to relocate.

Area residents have sought assistance from the Environmental Protection Agency for relocation funds, but the federal agency has only offered more testing for pollutants and home appraisals. “When the news release came out on January 6 from the mayor’s office about the future of Gordon Plaza and a partnership with EPA, that made it seem like the EPA was ready to pay for relocating residents,” council member-at-large Helena Moreno said Monday, per Nola.com.

However, the EPA is only paying to conduct studies and for home appraisals. 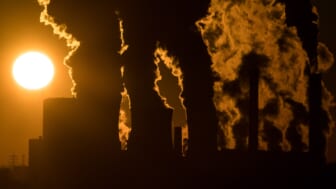 The New Orleans City Council voted in January to authorize $35 million for residential moves from the former site of the Agriculture Street Landfill. However, according to Nola.com, the city does not have the funds to relocate the 33 Gordon Plaza households seeking relocation.

Additionally, in March, a judge found the Housing Authority of New Orleans and the Orleans Parish School Board liable for more than $75 million in damages, but the city has been slow to pay court orders.

The ongoing crisis has meant a lifetime of pain and illness for many Gordon Plaza residents, some of whom have lost family members.

“I was in that house with my two girls, celebrating the Mother’s Day I couldn’t celebrate with my mom,” Sheena Dedmond said. “My mom was ill from the beginning, for my whole childhood. She never got to hold her grandbaby. That’s all she ever wanted.”