A Johns Hopkins University study showed that in four of the 10 states, the increase in officer-involved shootings was significantly higher.

The Bloomberg School of Public Health at Johns Hopkins University recently found that in states where people have been allowed to carry concealed weapons without a permit between 2014 and 2020, police-involved shootings increased by nearly 13 percent.

The study, which was published last week in The Journal of Urban Health, used statistical modeling from the Gun Violence Archive that estimated what would have happened if laws had not changed. Additionally, researchers examined the impact of the changes in 10 states that have adopted less restrictive weapons laws.

The methodology compared states without gun permits to 26 others that still require them. It determined that in four of the states, the increase in officer-involved shootings was significantly higher. Missouri had the highest number of additional victims — 12.7 every six months — it may not have had if its law had not changed.

As noted in The St. Louis Post-Dispatch, Missouri got rid of its permit-to-carry requirement in 2016.

“The trend of more states allowing civilians to carry concealed guns without a permit may be influencing the perceived threat of danger faced by law enforcement,” said Mitchell Doucette, assistant scientist in the Bloomberg School’s Department of Health Policy and Management, the study’s lead author. “This could contribute to higher rates of fatal and nonfatal officer-involved shootings.” 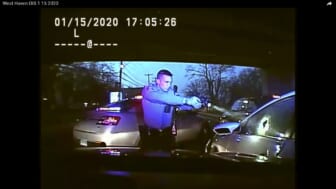 Missouri was followed by West Virginia, Idaho and Mississippi, which all had significantly higher than average officer-involved shooting rates since their permit laws changed. In six other states, there was not a significant change.

“States that require individuals who want to carry a loaded, concealed firearm in public to get a license can determine what kinds of training standards or additional criminal history criteria should be considered,” co-author Cassandra Crifasi, Ph.D., MPH, an associate professor and deputy director of the Center for Gun Violence Solutions at the Bloomberg School, wrote in the study.