Tech companies bear some responsibility for the Buffalo shooting

OPINION: Tech sites and social media platforms have been slow to respond to hate speech, violence and organizing by white supremacists. 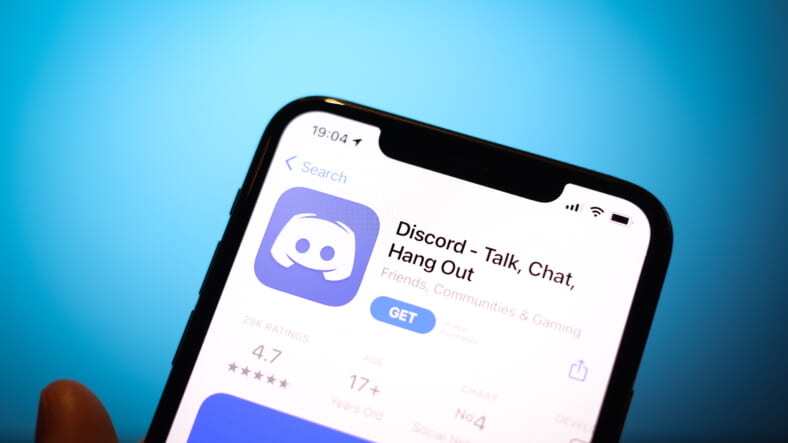 The Buffalo, N.Y, shooter used tech platforms to plan his mass murder of 10 Black people in a Tops supermarket. Now is the time to hold tech companies accountable for the shooting because they bear some responsibility for a toxic, racist and deadly environment.

Every step of the way, Payton Gendron relied on several tech websites and chatrooms for his murderous rampage. The shooter sent a chatroom invitation on messaging platform Discord to 15 users shortly before the mass shooting. The users who accepted his invitation had access to months of his extremist racist writings and his plans to attack the Tops supermarket in Buffalo, as well as a livestream of his attack on Twitch. Videos of the shooting went viral, aided and abetted by Twitter. 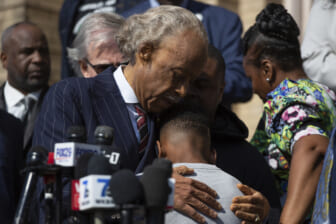 And the shooter was radicalized and cut his teeth in the racist cesspool of 4chan, which along with 8chan, has been the online platform of choice for other white supremacist terrorists in the U.S. and around the world. Gendron found inspiration for his manifesto from Brenton Tarrant, who used 4chan and 8chan and killed 51 people in two mosques in New Zealand. In turn, Tarrant borrowed heavily from anti-immigrant mass murderer Anders Breivik, who killed 77 in Norway.

How responsible are these tech companies? New York Gov. Kathy Hochul criticized the platforms for not doing more to check hate speech and violent content and allowing this “virus” to spread. New York Attorney General Letitia James is investigating tech companies such as Twitch—a popular streaming service for gamers owned by Amazon’s Jeff Bezos—and Discord, which is known as a Slack for gamers.

The Buffalo massacre has once again placed freedom of speech and tech industry accountability in the spotlight. The First Amendment to the U.S. Constitution prohibits the government from limiting freedom of speech. However, freedom of speech is not absolute, and there are exceptions for inciting violence or using “fighting words” that inflict harm on others. Further, these platforms are private companies and not the government and can regulate what takes place on their site—at least in theory.

Tech companies have been slow to respond to hate speech, violence and white supremacist organizing. For example, Facebook has allowed users to incite genocide against Rohingya Muslims in Myanmar and Tigrayan people in Ethiopia. Disinformation on Facebook and Twitter set the stage for the January 6 insurrection at the U.S. Capitol, and hundreds of active duty and retired police officers have joined hate groups on Facebook. 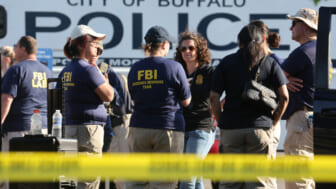 Meanwhile, Facebook has used its racist algorithms to protect white men while cracking down on Black users who discuss racism online and flagging it as hate speech. These algorithms are only as good as the people who code them. And in the mostly white, mostly male tech sector, problems abound when Black and Latinx folks and women are scarce (it’s even worse at the executive levels)—it is easy for tech companies to coalesce around a white-dude, bro culture that is hostile to melanin.

Things can only get worse when individuals like Elon Musk seek to own platforms like Twitter and potentially turn social media into a dystopian hotbed of unregulated hate speech. Musk—who paid $250,000 to a SpaceX flight attendant after allegedly exposing himself and propositioning her for sex and whose electric car company Tesla was sued after Black employees said they were called monkeys and slaves in the workplace—would reinstate Donald Trump’s Twitter account. For Black Twitter and those who rely on the digital public square, we see the problem, and the problem won’t go away by itself. 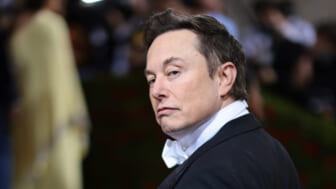 Also Read:
Unapologetically white: Why Elon Musk is the greatest American in history

If Silicon Valley is unable or unwilling to moderate its content and heal itself from violence and racism, regulation is the answer for some. For example, federal regulators want to break up Meta, which owns Facebook, Messenger, Instagram and WhatsApp, for acting as a monopoly, unfairly killing the competition, intruding on our privacy and enabling violence and hate speech.

In Texas, a federal judge put on hold a state law that would block social media companies from moderating their content. Texas Gov. Greg Abbott and others claim such a measure, which claims to prohibit censorship of users “based on their political viewpoints,” is necessary to protect conservative voices.

President Obama believes the laws governing the internet need to change. Calling the internet “one of the biggest reasons for democracy’s weakening” and claiming it was “turbocharging some of humanity’s worst impulses,” Obama called for reforming Section 230 of the Communications Decency Act of 1996. Section 230 allows digital content providers to regulate hate speech on their platforms, but unlike newspaper publishers, these platforms cannot be held liable for the content they publish when users post on their site. Calling for more transparency from tech companies, Obama believes these companies should “be required to have a higher standard of care when it comes to advertising on their site.”

Meanwhile, as more white supremacist young men turn to social media to plan and broadcast their crimes, it is clear these platforms can’t continue doing what they’re doing.