The channel, owned by Byron Allen, is streaming a documentary focused on Black mental health

HBCU GO.tv has formed a Mental Health Awareness Month partnership with Arc12 Project, a company that focuses on mental health, according to a joint statement. HBCU GO is owned by media mogul Byron Allen, who also owns theGrio.

Arc12 Project: Open Lines is a documentary that features “a no-holds-barred discussion around mental health” within the HBCU community, particularly among young males, according to HBCU GO’s website. It premieres on May 28. May is Mental Health Awareness Month.

In the statement, Thierry said he is fortunate to have strong support from his family and access to great mental health resources but knows that’s not the norm for everyone.

“I know so many others within my generation who aren’t as fortunate,” Thierry said. “I am motivated to change the narrative with this magnificent movement through media and social/ grassroots platforms such as the Arc12 Project: Open Lines.” 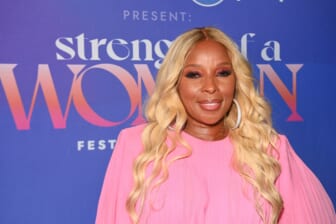 HBCU GO co-founder and president Curtis Symonds said in the statement that the company is proud to be supporting a “revolutionary” program about the HBCU community and their mental health. “THE Arc12 Project: Open Lines excites our team because the idea and movement emanated organically from a single HBCU student and his father trying to navigate their own complex mental health journey.”

Clint Evans, HBCU GO’s co-founder and general manager noted that Arc12 Project’s vision seamlessly aligns with the streaming service’s mission in “fostering education and consumer awareness around such an integral issue as mental health within the HBCU communities.”

Open Lines, the first documentary from the Arc12 Project to stream on HBCU GO, is scheduled for a May 28 premiere. It also airs on May 30.

Stephanie Guerilus contributed to this report.