What’s up with New York Democrats?

OPINION: The newly redrawn district maps have made a mess of political races, exposing the infighting between the differing factions of the Democratic Party. 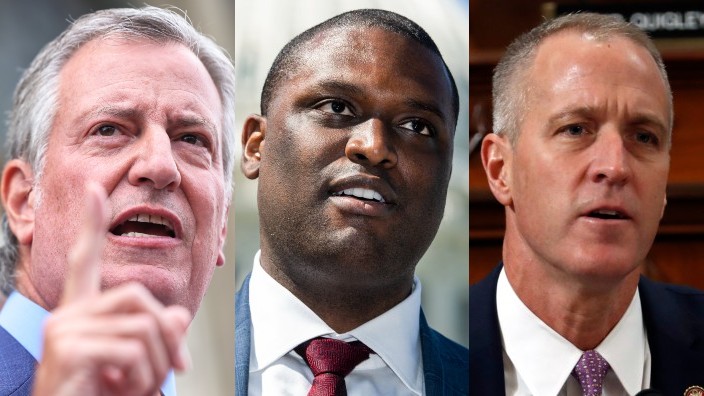 What is going on in New York with these new redistricting maps?

Most political observers have been following the drama in Florida as Governor Ron DeSantis attempts to take control over the state by redrawing congressional districts to give himself and the Republican Party more power on the state level as well as in Washington, D.C. Often, too many Northerners look at Southern states like Florida, Mississippi and Alabama and shake their heads at what seems like backward or regressive practices and policies. And although those states may have a long way to go towards inclusion and equal rights for all, especially for Black Americans, we must always remember the words of Malcolm X, “Stop talking about the South. Long as you south of the Canadian border, you’re south.” 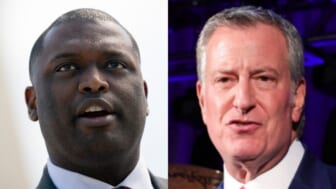 And that brings us to the shenanigans in New York. New York’s congressional and state Senate maps were officially tossed out after a New York State Court of Appeals decision and a man named Jonathan Cervas was brought in as a neutral special master to redraw the maps, which were finalized last Saturday.

Why does all of this matter? Well, the way lines are drawn or gerrymandered to favor one political party over the other can have drastic effects on the overall representation of a party in Washington, D.C. For example, during presidential election years, New York is a reliable “blue state.” Of the 27 members of Congress who represent New York, 19 are Democrats and seven are Republicans. After coming 89 people short in the 2020 census, however, New York lost a congressional district (this is why the census matters) and will now only have 26 members representing the state in Washington, D.C., hence the necessity to redraw the state-level lines.

There are so many reasons to pay attention to local and state-level races in your state, even if you feel you live in a state that seemingly doesn’t represents your interests (whatever they may be). How lines are drawn can affect your level of representation and the weight of your vote. Lest we forget the policy issues being decided in statehouses across the country, issues ranging from education to abortion to incarceration to climate change to gun control.

So, here’s where we are currently:

So much drama in the NYC…10th District that is. Former New York City Mayor Bill de Blasio has decided to run for Congress. The two-term mayor who briefly ran for the presidency and never gained traction in the primary has decided he wants to take his talents to Washington, D.C. Many New Yorkers are asking why is he running? Who is his base? And who sent for him? The old Chicago adage may prove to be true, “We don’t want nobody who nobody sent!”

De Blasio will face several sitting elected officials, one of whom is the African-American and rising star Rep. Modaire Jones, who will run in the newly configured district. Further complicating the race is another rising Democratic star, Assemblymember Yuh-Line Niou. The racial and gender dynamics in the race will surely make this race a national conversation. As the young folks say, “It’s messy.”

In addition to NY-10, more chaos in the Democratic Party exists in the 17th District. Sitting Congressman and the current chairman of the Democratic Congressional Campaign Committee, Sean Patrick Maloney, decided to run in Mondaire Jones’ district (thus forcing him to run in the 10th District). Many saw this move as racially motivated and a classic case of an incredibly powerful white candidate choosing to let his ego and ambition supersede what is best for the party.

In his role as DCCC chairman, Maloney is charged with protecting and supporting Democratic Party candidates. Observers of N.Y. politics saw his decision as antithetical to the mission of the D.C.C.C., and because of his decision to run, Maloney now finds himself with a Democratic primary challenger, progressive state Senator Alessandra Biaggi. Translation: New York primary season is exposing the differing factions and ideological leanings of members of the party and their respective candidates.

There are many shades of blue in the Democratic Party, and the competitive primary season, albeit good for the exchange of ideas and vision, can also provide Republican challengers the playbook they need to win in the general election in November.

Adding to the growing pile of confusion, New York will now have two election days this summer. The first is June 28, when voters will participate in primaries for governor, lieutenant governor and State Assembly. On August 23, however, voters will go to the polls to decide their members of Congress and state Senate. This is not to be confused with the general election, when voters will go to the polls on November 8 to vote once again for the winners of the Democratic and Republican primaries. It is imperative that we make a voting plan since voters are being asked to go to the polls three times this year.

Pundits often argue that voters are apathetic. However, in this instance, voters may feel a sense of confusion and fatigue. Yes, it is our civic duty to participate in elections. However, three different voting days in the span of six months could confuse and exhaust even the most steadfast voter.

Are you in a new district? There are some great resources to help New Yorkers figure out if they are in a new district and what the new boundaries of their Congressional, state Senate and state assembly districts will be. The website Redistricting & You is a great resource to help you learn more about your specific state and your designated district.

There are some racial effects to these maps. U.S. Rep. Hakeem Jeffries, who represents New York’s Eighth District, has argued that the way the maps have been redrawn has significant effects on Black and Latino communities and will potentially dilute the power of those voters. Coincidence? He thinks not. When political district lines are redrawn and gerrymandering occurs, the process of packing or cracking districts can severely limit the power of certain groups. Rep. Jeffries argues that the new New York maps, in certain instances, pack Black voters into one district and, in other instances, crack up Black districts and disperse voters across two or more districts. Both methods are a way to limit a particular group’s political strength, leading Rep. Jeffries to liken these modern-day tactics to Jim Crow era practices.

There is a lot of ink being spilled about New York, and there should be. If these types of unbalanced redistricting efforts can be thrust upon a seemingly progressive state and dilute the political strength of racial and ethnic groups and the Democratic Party more broadly, we must be aware that these tactics will also be used in states across the country to continue to limit the political voices of communities of color. 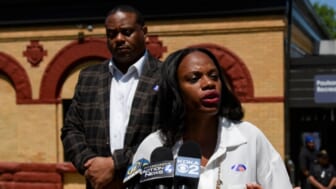 Gerrymandering states will affect strong blue and even purple districts, and, despite Democrats controlling political power in the state, the number of Democrats representing New York could decrease and affect the slim Democratic power balance in Washington, D.C.

New York may not be the largest or the most complicated state, but if this external map redrawing could happen while New York has a Democratic governor and Democratic statehouses, then more conservative states with more sinister agendas will follow this lead and work actively to strip the rights and freedoms away from voters.

With Democrats in jeopardy of potentially losing the Senate and the House after the November 8 elections, this is the worst possible time for dissension and confusion within the party.