If you took the untethered version of the kids from ‘The Wood’ and gave them the worst day(s) ever, you’d get the movie ‘Gully’

OPINION: I’ve never cared more about nihilistic characters who I hoped to never run into in any capacity in real life. 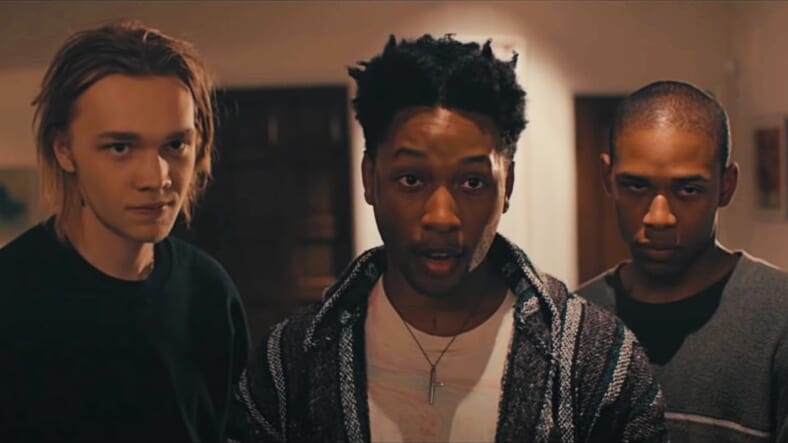 I can’t quite call Gully—a 2019 Tribeca Film Festival entry that hit Amazon Prime Video in 2021 written by Marcus J. Guillory and directed by prolific music video director Nabil Elderkin—a good movie. In fact, I’m not entirely sure that I can even tell you to watch it.

Considering how many folks said they didn’t want to listen to Kendrick Lamar’s latest album, Mr. Morale & The Big Steppers, because of how intensely personal and dark it is, watching Gully for many people would need an hour and 20 minute trigger warning. It’s a movie about some best friends who have the worst of lives, extremely unfortunate backstories to inform those lives and then essentially a whirlwind 48 hours (give or take) that spirals into essentially the worst possible scenario. What happens is all bad all the time, and yet, I couldn’t turn away from it. I found myself caring about characters who enact all types of violence and mayhem because of how much they cared about one another. 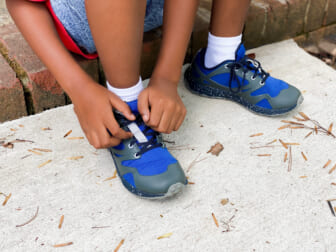 Also Read:
I think one of my kids is a sneakerhead-in-training. It might be a very expensive decade

Which is a testament to the acting. Gully stars Jacob Latimore (Calvin), Kelvin Harrison Jr. (Jessie) and Charlie Plummer (Nicky). They really give amazing performances, the kind that squeezes the most juice out of roles that sit inside of a movie that I’m not even sure works but definitely wouldn’t work without their performances. Additionally starring Jonathan Majors, Robin Givens, Terrence Howard, Amber Heard and John Corbett, Gully (I really hate this movie’s name) is loaded with talent even if the movie just feels like a non-stop ride to death and destruction. It was like watching The Wood if you reversed every single thing about their lives and fortunes; almost like an alternate universe version of the movie. That’s what I kept thinking about during the movie’s hour and 20 minute run time.

So boom, Calvin, Nicky and Jessie are best friends and extremely protective of one another. They also had tremendously difficult lives. Calvin seems to be bipolar and watched his father get shot by police as a kid and spiraled. Jessie doesn’t speak (though he narrates the movie) because he was kidnapped by a pedophile—while at a laundromat with his mother when she stepped outside briefly—who raised him as his “stepson” in the oddest of unexplainable circumstances (more on that later) and Nicky is the white kid in the hood whose mother is super young and whose father was killed over what looks like karma for his extremely violent ways. Because of their lot in life and camaraderie, the three boys exact violence at an alarming rate. All three can clearly fight and look for fights wherever they can find them, culminating in them basically beating down a duo of cats who just look like they’d come back on them. They do this to steal their car. I believe we call that foreshadowing.

Look, I won’t entirely spoil the film, but trust me when I say it just starts bad and has almost zero moments of hope, short of Jonathan Major’s character, Greg, having just gotten out of prison for beating somebody to death (I believe) some years prior and his fun relationship with his mother as he tries to get on the good foot, so to speak. These boys are the ones left behind who know it and attempt to take that anger out on the world. But surprisingly, their relationship and how they love and care for one another is truly compelling.

I have to spoil one part to explain why I’m even writing about this film. Jessie’s “dad” who again kidnapped him as a maybe 5-year-old from a laundromat has stashed him in a house somewhere in South Los Angeles in the neighborhood with Calvin and Nicky and yet he, at some point, enrolled him in school? It’s so confusing. Jessie’s dad doesn’t even LIVE at the house with him, just Jessie lives there. As we find out later, Jessie’s dad’s REAL family lives in a nice house somewhere else. So how exactly has this kid been stashed up in this house without supervision for so long? And nobody has called the police? It makes no sense. But Greg sees that Jessie’s dad has been sexually abusing him, tells Calvin and then Calvin and Nicky go into full support mode, both being there and giving Jessie as much love and support as they have inside them and also exacting revenge (and perhaps karma) onto Jessie’s dad (and unfortunately his family).

While I watched I wanted to hate these terrible kids, but they played the roles and showed so much care with how they dealt with one another that I found myself rooting for them EVEN though I knew exactly where this movie was heading. And not like New Jersey Drive where I knew where it was going, but in a way that made me actually sad when some of the things I expected to happen did, in fact, happen. Like these kids did deserve their outcomes but I almost wonder if the film was attempting to show us how America eats its young and these three kids are the results. They never had a chance and probably didn’t think they deserved one so they just spent their days trying to see if tomorrow truly exists.

It was heartbreaking, really. It seemed so clear to them that not only was tomorrow not promised, tomorrow was pointless—which, as a movie, isn’t new but can be done with nuance and care. Somewhere inside Gully was a good movie that really could have zeroed in on that hopelessness. But this movie more or less just focused on the pain they could exact as revenge. Very little of the rage and violence these kids enacted made much sense and even when it kind of did, it went too far.

By the movie’s end, we see the fate of two of the kids, but considering what the last kid is left with, you almost expect a fade out like Doughboy in Boyz N the Hood because when you literally have nothing left in a neighborhood and place with almost nothing to give, what do you d0? Where do you go? The filmmakers left that unanswered, and maybe it’s better that way because maybe for a second you can pretend there’s some hope until you do the math and realize zero minus anything is negative.

As soon as the movie ended, I spent the next hour trying to find out everything I could about the film because its positioning of these kids and the performances by the stars moved me. Kelvin Harrison Jr., Jacob Latimore and Charlie Plummer showed range and talent that far outpaced what the movie had to offer in the script and story. But the fact that I read every review and background article available tells you something; the movie had heart thanks to its stars, and I wanted them to win even if I knew that was literally an impossibility.

Gully is not a great movie with great performances that make you care. And if you’re a writer, possibly enough to write a not-review, not-recommendation where I still lightly suggest it if you happen to come across it. I don’t know man, I need a hug.