Under a legal settlement entered in federal court the Port Authority of New York and New Jersey will give its new police recruits LGBTQ+ sensitivity training for the next three years.

NEW YORK (AP) — The police agency that patrols New York City’s main bus terminal has agreed to stop sending plainclothes officers into its public bathrooms to try and catch people propositioning strangers for sex, a type of sting long criticized by activists as a discriminatory relic of an era of crackdowns predominantly aimed at gay men.

Under a legal settlement entered in federal court Tuesday, the Port Authority of New York and New Jersey will give its new police recruits LGBTQ+ sensitivity training for the next three years and only reinstate the so-called public lewdness patrols at the Port Authority Bus Terminal if approved at the highest levels.

The settlement, announced on the first day of Pride Month, resolves a lawsuit brought by people arrested as a result of the patrols by the Port Authority Police Department.

Many had claimed the charges were baseless, brought by officers who targeted men using the restrooms if they perceived them as gay, largely to inflate their arrest statistics.

The two named plaintiffs, Cornell Holden and Miguel Mejia, had similar experiences at the bus terminal in 2014, according to the lawsuit.

Both described standing at a urinal and having a plainclothes officer stand at the urinal next to them, then step back in an apparent attempt to see their hands and genitals. 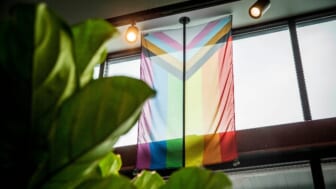 The Manhattan district attorney’s office dismissed the charges against Holden. Mejia went to trial and was acquitted.

“This kind of blatant homophobia has no place in policing, and the reforms achieved in this lawsuit aim to safeguard against future abuses like the ones experienced and challenged by Mr. Holden and Mr. Mejia,” Molly Griffard, an attorney for The Legal Aid Society, which represented the plaintiffs, said in a statement.

Port Authority officials have denied any misconduct by officers. In an email, a spokesperson for the authority, which also runs area airports and seaports, said it hasn’t conducted the patrols in several years and is committed to proper standards of conduct at all its facilities.

The training for officers will be performed in conjunction with the Gay Officer’s Action League. 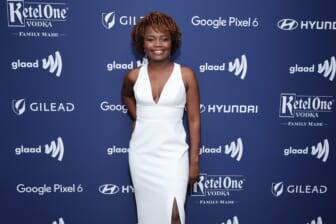 In addition, the Port Authority agreed to designate single-stall, gender-neutral restrooms at the bus terminal and make it easier for people to find complaint forms on the authority’s website.

Attorney Seth Spitzer, also representing the plaintiffs on behalf of the law firm Winston & Strawn, called it “a just outcome for which we simply should not have had to fight so hard.”

The Port Authority terminal serves roughly 200,000 riders per day at its location on 42nd Street, including commuters and people arriving in the city on long-distance trips from all parts of the U.S.

The city’s Pride Month culminates in a massive march marking the anniversary of the Stonewall uprising, when a crowd of hundreds of people fought back against a police raid on a gay bar in Manhattan.