Top 5: In the ’70s, Stevie Wonder had the best run of consecutive albums ever created

OPINION: His run in the ’70s is unparalleled, and the music he created during that period is timeless. 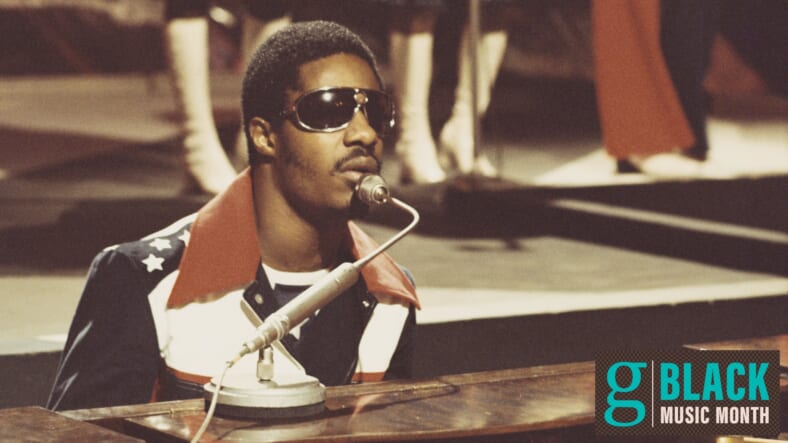 American singer-songwriter and keyboard player Stevie Wonder performs on a television show in London, circa 1974. (Photo by Michael Putland/Getty Images)

Stevie Wonder may be the greatest recording artist America has ever produced. He’s an extraordinary singer, writer and instrumentalist. He’s someone whose music combines the soulfulness of great soul, the nastiness of funk, the phrasing of jazz singing, the exuberance of Black church singing, the ingenuity of a musical visionary and the big heart of a moral leader. On Stevie’s best albums, he’s talking about love, justice, heartache and the way America should be. And he does all of this in a sonic style that suggests Stevie is a genre unto himself, one that combines soul, funk, jazz and the church into Stevieness. And the zenith of Stevieness took place in the early to mid-”70s when Stevie had the best run of consecutive albums ever created.

In the early ’70s, Stevie signed a new contract with Motown Records that gave him total artistic freedom, which was not the norm at the time. He justified Motown’s trust in him by moving from talented child prodigy to mature genius starting with Music of My Mind, which dropped in March 1972 when he was just 21 years old. Stevie played almost every instrument and wrote everything on a beautiful, soulful album that explores the synthesizer and dives deep into the subject of love—he starts with “Love Having You Around” then gives us “Superwoman (Where Were You When I Needed You)” an eight-minute masterwork, then “I Love Every Little Thing About You.” It’s an album that gives me the feeling of having a hard crush on someone.

Just half a year later, in October 1972, Stevie returns with Talking Book, which makes it clear that he is one of the elite music creators in the world. Again, his main focus is love—we get “You Are the Sunshine of My Life” and the epic “You And I” and he finishes with the towering “I Believe (When I Fall In Love It Will Be Forever),” but of course, the most memorable song from this album is “Superstition,” a funky romp through mysticism that’s dominated by Stevie’s incredible keyboard playing. As much as we love Stevie’s singing and writing, it’s his keyboard playing that often makes his best songs so indelible.

Less than a year after Talking Book, in August 1973, Stevie returned with Innervisions, which finds him branching out into more political topics—he talks about drug abuse on “Too High” and about then-President Richard Nixon on “He’s Misstra Know-It-All” and about the troubles of the world on “Higher Ground.” Then he talks about being Black on the song that’s the most memorable of this album, “Living for the City.” On that song, like an epic preacher or a charismatic politician, he tells the story of a Black boy who grows up poor in Mississippi, moves to New York City and unwittingly falls into crime and then prison—his life ruined by systemic racism. On Innervisions, it’s like Stevie has grown up to see beyond love. Now he can see the world and its troubles, and he needs to speak out. It’s a stunning turn from where he was just a year earlier.

Less than a year after Innervisions, in July 1974, he’s back with another masterpiece—Fulfillingness’ First Finale. It’s remarkable how fast he was able to create these albums. When he was in the studio in those days, he worked nonstop and the engineers had to fight to keep up with him. And they had to work on his time—people who worked with him told me that his blindness meant he’s not connected to the rhythms of the sun so his workday could begin or end whenever, and they had to adjust to his needs. So with Fulfillingness’ First Finale, there’s another turn—in Music of My Mind and Talking Book, we get a happy, buoyant, optimistic Stevie. Even Innervisions, which is shaped by political concerns and the heaviness of “Living for the City,” also gives us the fun dance song “Don’t You Worry Bout A Thing,” the glory of “Golden Lady,” and the delicate loveliness of “Visions.”

Stevie feels like someone who knows there’s trouble in the world, but deep down, he’s a happy person—except when it comes to Fulfillingness’ First Finale. There’s something dour and bluesy and sad about this album. He starts with “Smile Please,” where he sings “Don’t mess your face up with bitter tears/’Cause life is gonna be what it is/ It’s okay, please don’t delay from smiling/ There are brighter days ahead.” This is overall a slower, sadder album—songs like “Heaven Is 10 Zillion Light Years Away” (“But if there is a God, we need him now”), “Creepin’” and “They Won’t Go When I Go” are heavy. Yes, there are the joyful “Boogie On Reggae Woman” and “You Haven’t Done Nothin,” but so much of this album is sad that years ago when I was horribly depressed, this was the album I put on repeat for weeks on end and it met me where I was.

After Fulfillingness’ First Finale, Stevie considered leaving music and going off to Ghana to work with children. But then Motown offered him a monster contract, and he went back to the studio. Just over two years after Fulfillingness, in September 1976, he gave us Songs In the Key of Life, a double album that’s probably his best album ever. He starts with “Love’s In Need of Love Today,” pleading for the world to be more loving. He praises musical legends like Duke Ellington, Louis Armstrong, and Ella Fitzgerald on “Sir Duke.” He goes into parental love on “Isn’t She Lovely.” He looks at our crazy world from an alien’s point of view on “Saturn”—“On Saturn/ There’s no sense to sit and watch the people die/ We don’t fight our wars the way you do/ We put back all the things we use.” He’s talking about conservationism and the climate in 1976. He’s bringing together everything that has made the prior albums great—talking about politics and music and love. This album is joyful and uplifting even when it’s critical of our world. The signature song here, of course, is “As” a long, spiraling ode to how much and how long his love will last that has been played at every decent wedding reception ever since. 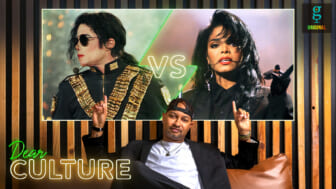 Put this set of five albums beside five consecutive albums from anyone else. Who can compete? OK, Miles Davis, but he couldn’t sing. I swear if you say Kanye, I will come through this computer and strangle you. Stop it. Stevie’s run in the ’70s is unparalleled. He’s a genius and all this music that we’ve talked about, this music that’s almost five decades old, is timeless and it’s still played all the time all over the world. Well, there is maybe one run of consecutive albums that could possibly compete. Next time, we’ll talk about Prince in the ’80s.