U.S. District Judge Shelly Dick noted that approving a new congressional map in six days has been done by the Louisiana Legislature before, in 1994.

BATON ROUGE (AP) — A request by Louisiana legislative leaders to extend the deadline of completing a new congressional map — that must include a second majority-Black district — was rejected by a federal judge on Thursday.

During the morning hearing, U.S. District Judge Shelly Dick was unpersuaded by the legislative leaders that they required more time to complete that once-a-decade task of redistricting. Dick additionally described the efforts by House Speaker Clay Schexnayder, on the first day of the six-day special session, as “disingenuous” and “insincere.”

“With five days to work with they met for 90 minutes,” Dick said of the state House’s brief gathering Wednesday.

The Republican-dominated legislature and Gov. John Bel Edwards, a Democrat, have been fighting over the boundaries since February, when lawmakers approved a congressional map with white majorities in five of six districts. Democrats and the Louisiana Legislative Black Caucus argue that the current map dilutes the political clout of African American voters and that at least two of the six districts should have Black majorities. Nearly one-third of Louisiana’s population is Black.

Last week, Dick threw out the adopted map for violating the Voting Rights Act and ordered lawmakers to create a new one with a second majority Black district by June 20. The 5th U.S. Circuit Court of Appeal briefly put a hold on Dick’s deadline, but removed that hold on Sunday. The appeals court is scheduled to hear arguments on the case on July 8.

“The evidence of Louisiana’s long and ongoing history of voting-related discrimination weighs heavily in favor of Plaintiffs,” Dick wrote in the ruling.

Louisiana lawmakers returned to the Capitol on Wednesday, for the special session called by the governor, to resume remapping amid growing frustrations under the looming court deadline. 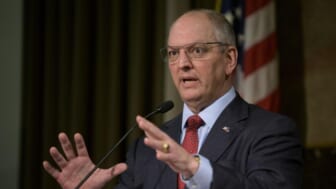 Schexnayder and Senate President Page Cortez, both Republicans, say it will be extremely challenging to agree on and pass a new map in the six-day timeframe allotted. However, during Thursday’s hearing Cortez said although the task is difficult it is not impossible.

“Is there enough time? Yes,” Cortez said, adding that it would require lawmakers to suspend the rules and “reduce the transparency of the process.”

Dick noted that approving a new congressional map in six days has been done by the Louisiana Legislature before, in 1994. Similarly, the Legislature passed a state budget during a four-day special session in 2017.

While Dick described Cortez’s testimony as “candid,” she was visibly displeased with Schexnayder. At one point Dick asked the speaker why he should not be held in contempt of court because he filed a bill that mirrors the current map, not one with a second majority-Black district that the judge has ordered. She noted that federal penalties for failing to follow a court order include fines and imprisonment.

Schexnayder said his bill was a “placeholder” that could be amended to add a second majority-Black district if the other proposals die in committee.

“The court is not persuaded and finds disingenuous activity happening on the House side under the leadership of (Schexnayder),” Dick said.

Schexnayder has opposed redoing the map, which he has defended as “fair and constitutional.” While on the House floor on Wednesday, the speaker called the session “premature and unnecessary until the legal process has played out.”

“It concerns me that we are now being asked to redo in just five days something that we passed by over two-thirds of both bodies after a very long year of work,” Schexnayder told the House.

Schexnayder declined to comment about Dick’s ruling and her remarks about the speaker. 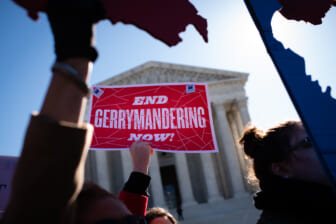 Also Read:
Racial gerrymandering stands in the way of free and fair elections for Black Americans

Lawmaker’s across the aisle have vehemently opposed the adopted maps. On Wednesday, many members of the Louisiana Legislative Black Caucus made emotional pleas with their colleagues to “do what is right.”

“We don’t vote like we love Blacks in this state. We vote along racial lines and we vote along party lines,” Rep. Denise Marcelle, a Democrat and member of the Black caucus said on the House floor on Wednesday. “At the end of the day, you do not want us to have fair representation in Louisiana and something is really wrong with that.”

Dick’s ruling Thursday to reject a motion for extension means lawmakers have until Monday at 6 p.m. to come up with a new map that includes two majority-Black districts. In addition, she ordered that attorneys on both sides of the court case to each submit a map to her that she will use to draw her own map if the Legislature fails to meet the deadline.

A House committee is set to consider four redistricting bills at 10 a.m. on Friday.