Recent departures in the senior leadership ranks at Amazon have left the company with no Black executives on its most senior team.

Amazon confirmed the departures on Tuesday.

Meanwhile, John Felton, whose current job includes managing delivery operations, notified staff via email that Boler Davis and Bozeman had “decided to explore new opportunities outside Amazon,” and thanked them for “their remarkable contributions to the company and our employees,” The Times reported.

Boler Davis joined Amazon in 2019 after leaving General Motors where she was considered a possible successor to Mary Barra, the company’s CEO. She became a member of Amazon’s “S-team” in 2020 during a time when employees had expressed concerns about the lack of diversity in the higher ranks. 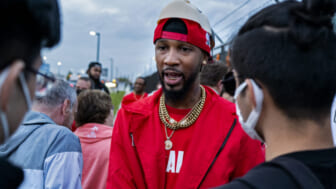 Bozeman left Caterpillar for Amazon in 2017 to run operations and cargo between buildings in the company’s warehouse infrastructure.

According to The Times, Amazon has significantly increased the number of  Black employers at the director and vice president level over the last couple of years — doubling the number in 2020 and increasing it by nearly 70% in 2021. Around 70% of Amazon’s U.S. workforce of mainly hourly workers are nonwhite people.