Like many cities around the country, Augusta, Georgia’s downtown contains a reminder of its confederate past. A 76-foot tall memorial, set in place by the Ladies Memorial Association of Augusta in 1877, is a stark reminder of the persistence of images that support the nation’s hundreds of years of slavery.

The Augusta leadership hasn’t yet made its removal a priority, despite a task force created by outgoing Mayor Hardie Davis in 2020 in the wake of George Floyd’s death, The Augusta Chronicle reports. The Mayor’s Task Force on Confederate Monuments, Street Names and Landmarks still hasn’t acted on the monuments, including the downtown obelisk. Though the commission recommended moving or removing the monuments last September, they also agreed to a moratorium on further discussion until this month.

Democratic Mayor-elect Garnett Johnson, selected by Augusta voters in last Tuesday’s election, said ahead of it that removing its confederate monuments were not a priority.

City Commissioner Ben Hasan said the delay is because the city is considering bids for a $30 million renovation project that includes the Broad Street location of the largest monument, per the report. Though Augusta currently only has a bid in for one part of the project, all bids should be submitted by the end of this year.

But advocates say voters should have the last word on whether the monuments should be removed. Two of them — a retired Army command sergeant major and a historian from Paine College, an HBCU located in Augusta — came forward last week to address city commissioners about the issue.

“Make it a binding question on the November ballot,” Sgt. Maj. Michael Gallucci told commissioners at a meeting Tuesday, maintaining that confederate monuments symbolize the effort to keep Black Americans in bondage. He says while there is a state law preventing the movement of monuments except to similar places of “visibility,” other Georgia counties have done so without reprisal. As there’s no existing chain of ownership of the downtown obelisk, that makes it a moot point anyway.

“No records exist showing city or county ownership, making it privately-owned, not public and arguably then not subject to Georgia law,” Gallucci said. He added that the group who initially erected the statue did so by clinging to a false premise that was “erasing the true effect of slavery. They were the fake news of their time.” 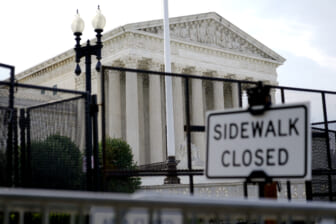 Paine College historian Mallory Millender, who was on the task force, says removing the monuments — as has been done around the state and the country — should continue to be a priority in Augusta. The task force recommended new monuments be built to pay homage to those who advanced race relations.

One of the individuals referenced is confederate veteran George Williams Walker, the second president of Paine College. He’s credited with keeping Paine a liberal arts college instead of an industrial one, the more popular focus for HBCU education at the time.

“The establishment and development of Paine College was the first great step in interracial cooperation in our beloved southland,” Walker said in a 1908 speech, according to the report. 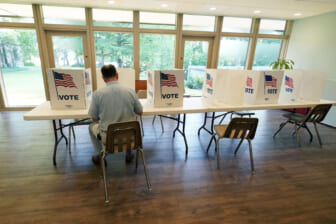 Millender says Walker’s legacy and that of John Welsey Gilbert, the first graduate of Paine College and its first Black professor, are the ones that should be highlighted.

“We urge you to remove the monuments that glorify man’s inhumanity to man,” he said, “and in their stead, erect monuments to people including Dr. Walker, who devoted their lives to human uplift and racial harmony.”