Educator and activist Dr. Ilyasah Shabazz thanks father, Malcolm X, for everything he has done for the Black community.

In a recent interview with theGrio’s Natasha Alford, Dr. Ilyasah Shabazz shared a special message to her father, Malcolm X.

“I would want to say thank you, Daddy,” she said. “I am absolutely so proud of you.”

In 1965, Malcolm X was assassinated, but his legacy and influence live on. Shabazz says her father became so famous because of his approach. Instead of asking for human rights, he would sit down and have discussions with people asking what made them believe they could turn Black Americans into slaves and criminals. 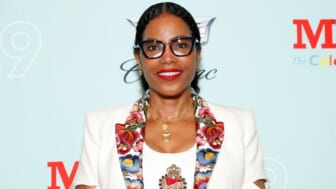 “I’m so proud that my father stepped up and stepped forward,” Dr. Shabazz said. “He let Negroes know that they were more than a Negro. That they came from Africa and what Africa really was, the significant contribution that Africa and the diaspora made to the world as first world nations, as indigenous people throughout the world. I’m so proud of the work that he did.”