Why so many flight cancelations? Here’s how to protect yourself this summer

With furloughed staff and many COVID-related callouts, the airline industry has faced an uptick in flight cancellations. Here's how to prepare in advance.

Have you noticed a dramatic increase in flight cancelations lately? You might have seen them as recently as Juneteenth and July 4th weekend. But the truth is, canceled flights are now a daily occurrence many airlines have been dealing with due to the realities created by the pandemic, and since the busiest air-travel season—summer—began.

It isn’t simply circumstantial; the proactive choice to decrease flights via cancelations this summer came after a troubling start to 2022 in the aviation industry, as flights were first sporadically, then increasingly canceled due to staff shortages. Those shortages and the resulting cancelations have been the result of a combination of factors, including COVID-related callouts, furloughed staff that has not been rehired, pilot shortages, delayed flights, air traffic, and vendor staffing.

In response, airlines like JetBlue, Delta, Alaska Airlines, British Airways, and more have preemptively canceled upcoming flights during the summer months. Domestically, JetBlue is set to cut 20 routes and ultimately decrease 8 to 10 percent of its flights; Delta began canceling more than 100 daily departures starting in July, and Alaska Airlines is decreasing flights by two percent.

It’s almost as if the airline industry was not prepared for what it is calling the “post-pandemic demand,” due to not updating infrastructure during the slower travel months when there was a chance to prepare for what it is facing now—an operational meltdown. In many cases, this meltdown not only inconvenienced passengers for a few hours; revocations sometimes went on for days, causing further delays, cancelations and challenges for the entire travel tourism sector. Consequently, the situation has soured the return to travel for many who were optimistic about this summer, but are now willingly withdrawing summer plans that require air travel. 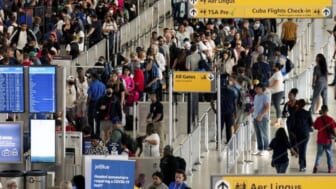 Now that we are in July, prepare to see even more systemic changes from major airlines. The planned cancelations of certain flights that certain common air routes won’t be offered at all so that airlines can better serve other routes they are prioritizing for the summer season with more support from the little staff they do have. For one, Jet Blue’s major hub of Fort Lauderdale will be losing eight of its routes this summer. Cancun is also set to lose direct routes to Raleigh-Durham and Tampa on the carrier.

When it comes to pilot shortages faced by Alaska Airlines, CEO Ben Minicucci expressed apologies and frustrations about cancelations the airline faced in a video released in May. He also affirmed that Alaska is in the process of hiring 150 new pilots, 1,100 flight attendants, and 200 reservation agents to increase summer reliability. “This, along with the reductions we’ve made to our schedule, will ensure we run an operation that you can count on,” Minicucci said in the video. 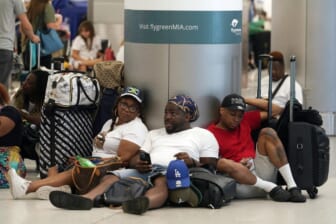 Delta’s reasoning for its low performance this past season all had to do with increased sick calls due to COVID, poor weather, and vendor staffing, according to Delta Chief Customer Experience Officer Allison Ausband. In response, Delta has canceled 100 flights from July 1 through August 7 to prevent further disruption and “build additional resilience in our system and improve operational reliability for our customers and employees,” Ausband explained.

While flight cancelations may be beyond your control, to protect yourself from the woes the aviation industry is sifting through, you should be purchasing travel insurance now more than ever before. Should your flights be canceled, travel insurance allows you to be reimbursed or save thousands in travel funds, permitting you to rebook when it’s convenient for you. As with everything, be sure to check on your upcoming itineraries to see if they are still on schedule, and adjust as you see fit.