Louisiana has now banned most abortions following a ruling that lifted a temporary restraining order that allowed three abortion clinics in the state to reopen.

Law enforcement agencies with jurisdiction in New Orleans have stated that officers will not enforce the state law banning most abortions, area media outlets are reporting.

Orleans Parish Sheriff Susan Hutson said she will refuse to jail anyone arrested for violating the state’s abortion laws. “Our community elected me to bring progressive change to our jail, not bring us back to the days before Roe v. Wade,” Hutson said in a statement obtained by L’Observateur. “I stand with our district attorney and city council in saying we will not use the limited resources of our offices to criminalize a woman’s right to choose or a physician’s duty of care.”

The announcements come after the U.S. Supreme Court overturned Roe v. Wade. The state of Louisiana has now banned most abortions following a ruling that lifted a temporary restraining order that allowed three abortion clinics in the state to reopen, according to L’Observateur.

“The city of New Orleans recognizes that reproductive rights are human rights and embraces the tenets of equality, dignity, autonomy, access to critical health care information, bodily integrity and respect for private life with the highest attainable standard of health, including sexual and reproductive health, without discrimination, as well as the right to freedom from cruel, inhuman and degrading treatment,” the resolution read. 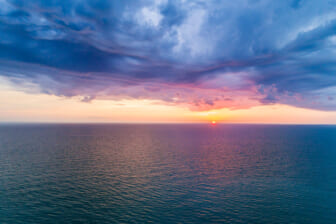 “The city of New Orleans has a responsibility to protect its residents from any violation of their human rights and any criminalization of the free exercise thereof.”

The New Orleans police will only arrest individuals for crimes unrelated to state abortion laws, such as malpractice or violations of criminal law, nola.com is reporting.

Orleans Parish District Attorney Jason Williams also noted in a statement that his office will not prosecute abortion providers or patients. “It would not be wise or prudent to shift our priority from tackling senseless violence happening in our city to investigating the choices women make with regard to their own bodies,” Williams said, according to nola.com.

Williams called the Supreme Court’s decision to overturn its landmark Roe v. Wade ruling a “complete disregard for the long-established constitutional tenets of our democracy” and “a cruel and irresponsible stripping of a woman’s agency.” 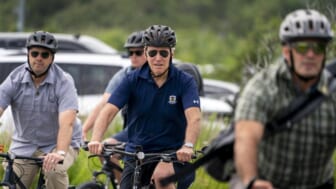 For his part, Louisiana Attorney General Jeff Landry has vowed to prosecute medical professionals who perform abortions, according to L’Observateur.

“It is incumbent on this office to advise you that any medical provider who would perform or has performed an elective abortion after the Supreme Court’s decision in Dobbs is jeopardizing his or her liberty and medical license,” Landry wrote in a June 29 letter to Louisiana State Medical Society executive vice president Jeff Williams.

Doctors who perform abortions in Louisiana face up to 15 years in prison, according to L’Observateur.