Gregory Robinson was asked in 2018 to take over as director of a long-stalled NASA project that had cost nearly $8 billion; he saved it.

In 2018, Gregory Robinson was asked to take over as director of a long-stalled NASA project that had cost the space program nearly $8 billion with a launch date that had been delayed for a decade. And Robinson, a double HBCU grad, saved it.

Formerly NASA’s deputy associate administrator of programs — where he had assessed the performance of more than 100 science missions, according to The New York Times — Robinson declined when he was first asked to direct the James Webb Space Telescope project.

But Dr. Thomas Zurbuchen, NASA’s associate administrator for science, told The Times Robinson “had a kind of the confluence of two skills.”

“The first one is he had seen many projects, including projects that were in trouble,” said Zurbuchen. “And the second piece is he has that interpersonal trust-gaining activity. So he can go into a room, he can sit in a cafeteria, and by the time he leaves the cafeteria, he knows half of the people.”

The James Webb Space Telescope began in 2002, and it had an initial launch date of 2010 and a budget of $1 billion to $3.5 billion, but was pushed back to 2014. It was delayed for another four years to 2018, when Robinson joined as its program director. It was Zurbuchen who was able to convince Robinson to get it back on track. 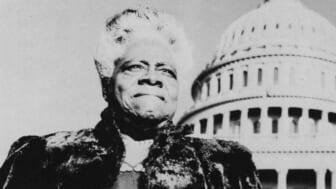 With Robinson at its helm, the Webb telescope — which is supposed to gaze at some of the universe’s earliest stars — was finally launched on the Ariane 5 rocket on Christmas 2021. Since then, it has been a smooth deployment.

The son of tobacco sharecroppers, Robinson was the ninth of 11 children and was born in Danville, Virginia, attending a school for Black children until fifth grade, when his district campuses integrated in 1970. He earned his way through Virginia Union University in Richmond on a football scholarship, later transferring to Howard University in Washington, D.C. He earned a bachelor’s in math from Virginia Union and a bachelor’s in electrical engineering from Howard.

As the Webb telescope’s program director, Robinson assessed that many of the issues keeping it out of space were the result of avoidable human error. When he took over, he was able to boost efficiency up to 95%, with better communication, encouraging managers to be willing to share bad news. 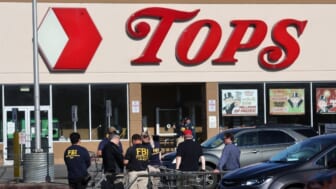 “You needed somebody who could get the trust of the team, and what we needed to figure out was what was wrong with the team,” Zurbuchen told The Times. “The speed at which he turned this thing around was just astounding.”

At 62, Robinson is one of NASA’s highest-level Black managers.

“Certainly people seeing me in this role is an inspiration,” Robinson said, “and also it’s acknowledging they can be there, too.”