Men, when it comes to fighting for reproductive justice, be like W. Kamau Bell

OPINION: Bell’s call for more men to stand up for reproductive justice and abortion rights is based on the reality that men benefit from these rights just as much as women and people who can get pregnant. 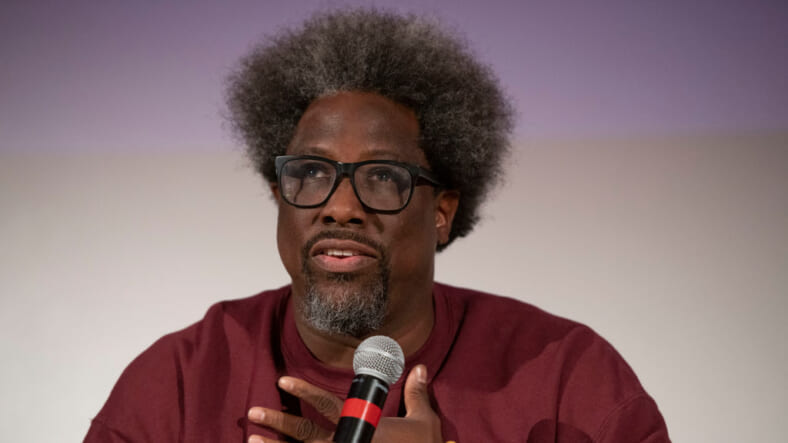 Innovation Talk Series panel with comedian W. Kamau Bell closes out SeriesFest: Season 8 at The Cable Center on May 10, 2022 in Denver, Colorado. (Photo by Tom Cooper/Getty Images for SeriesFest)

When it comes to fighting for reproductive justice, I need more men to be like W. Kamau Bell. No, I’m not talking about the vasectomy he got on camera in 2019; I’m actually talking about the fact that he has been a loud and consistent abortion rights and reproductive justice advocate for years. And before you think it, yes, I know that vasectomies have become all the rage as of late, but let’s not conflate responsible birth control options for men with bodily autonomy and access to basic health care for women and people who can get pregnant. They are not interchangeable. Period.

The fact is that men have largely been missing in action for decades in this fight. Whether that inaction is the result of the antiquated thinking that reproductive justice and abortion rights are “women’s issues,” like paid family leave or contraception, or the result of men not knowing how they fit into the movement, W. Kamau Bell is working to change that.

Last week, while appearing on CNN to promote the new season of his show, United Shades of America, Bell interrupted the interview to affirm that he will “aid and abet abortion,” holding his shirt up to make sure that the cameraman captured it. Naturally, this caused some folks at Fox to lose their minds and dedicate a segment decrying the on-air moment. Last month on Father’s Day, Bell collaborated with Abortion Access Front to release a PSA noting how dads benefit from abortion. Bell made it plain for dads, and men in general, when he declared, “…if you’ve ever had sex and not had a kid, it’s likely that birth control or abortion played a role.”

In 2019, while the Dobbs v. Jackson Women’s Health Organization case was making its way through the U.S. Court of Appeals, Bell went to the “Pink House” in Jackson, Miss., and filmed an episode of United Shades of America. In the episode, Bell masterfully shined a light on precisely how difficult it is to access basic health care in a state like Mississippi, which only had a single abortion clinic at the time of filming. Sadly, that same clinic, the Jackson Women’s Health Organization, closed its doors for good on July 6, 2022 following the Supreme Court’s decision to overturn Roe v. Wade.

Bell’s call for other men to stand up for reproductive justice and abortion rights is based on the reality that men benefit from these rights just as much as women and people who can get pregnant. Now, I want to see more men take note and take action because like Bell said, one way or another, abortion has played a part in men’s lives.

I want more men with large platforms to start sharing their personal experiences with abortion and reproductive health. I also want men to simply talk to their friends and communicate because this should be a part of the most basic conversations that men are having with each other. After talking to friends and sharing your personal experiences, men should donate to abortion funds that help women and pregnant people safely access basic health care. As 26 states are in the process of effectively banning abortion, donating and supporting access to abortion care is critical right now because pregnant people have to travel, find child care, miss work and find accommodations in order to get an abortion. If you’re interested in making a donation, start by checking out the National Network of Abortion Funds.

Men should also be engaging with their governors, mayors, city councilors, state representatives and other state and local officials about reproductive justice. Call their offices. Attend their public town hall meetings. Make it clear to them where you stand. And if you’re still feeling unsure, attend the Operation Save Abortion Training on Sunday, July 17 at 11 a.m. ET to learn how to join this fight.

Men, this is your fight because your life depends on abortion, too.