Despite his signature "Stop WOKE Act," Gov. Ron DeSantis and his state have a contract with a group that teaches racial inclusivity.

The state of Florida has a contract that pays hundreds of thousands of dollars to a company that creates “high-profile, racially sensitive studies that address social inequity and lead to recommendations for true social change,” according to Politico.

Despite his ongoing war against “wokeness,” Florida Governor Ron DeSantis and his state remain in a contract with MGT Consulting, headed up by former Republican state Rep. Trey Traviesa, through the Florida Department of Education.

The company and its lessons, per Politico, appear to be in direct opposition to the Republican governor’s signature “Stop WOKE Act.”  According to the report, MGT has made recommendations about creating inclusive workplaces for taxpayer-funded entities using racial and gender-based data.

Politico notes that the company declared, “We have carefully chosen a team that is well-versed in critical race theory, as well as the analysis necessary to develop a racially equitable organizational structure and racial equity plan,” in a proposal written by MGT last year to pen a “Racial Equity Plan” for the city of Golden, Colorado. 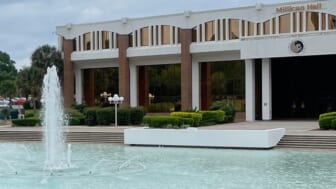 The firm has also been contracted with the city of Charlottesville, Virginia, for a “study” in the wake of the now-infamous 2016 rally that left one woman dead and many others injured.

“This attachment has no annotation, and our office couldn’t possibly speculate about each of these contracts, nor assume the intended purpose of each engagement,” said Bryan Griffin, a DeSantis spokesperson, according to Politico. “We especially aren’t interested in speculating under the assumptions you presented based on work they have done in completely different states.”

Politico says Florida has paid the firm nearly $700,000 since DeSantis took office, including nearly $130,000 from its Department of Education alone in 2022. 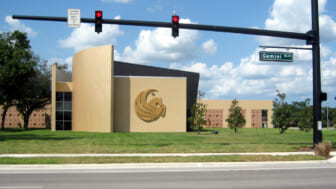 The company is also embroiled in a scandal over a $2.5 million deal to address management struggles at a charter school company in Jefferson County.

Politico maintains that it has reached out for specific comments from DeSantis’ office, to no avail.