Michael Henderson, jazz and R&B bassist and vocalist, dies at 71

Henderson is best known for playing bass with Miles Davis and singing Norman Connors' hit ballad, "You Are My Starship."

Michael Henderson, decorated bassist and singer in jazz and R&B, is dead at age 71. He worked with artists such as Miles Davis, Stevie Wonder and Norman Connors.

Henderson’s family confirmed his death on his official Facebook page on Tuesday. The statement read: “Singer, Songwriter, Bass Innovator, Music Producer, Father and Son Michael Henderson has peacefully made his transition surrounded by family and loved ones today at his home, Atlanta Georgia … Bless his heart and soul … He touched the lives of many and returned that love through his many live concerts, music recordings, social media, interviews and incessant touring which he loved.”

The cause of Henderson’s death is unknown at this time. However, a caption and image on his Facebook page on June 6 — one day before his 71st birthday  — indicated that he was admitted to Atlanta’s Emory University Hospital for observation because of an undisclosed ailment.

Born in Yazoo City, Mississippi in 1951, Henderson moved to Detroit by the 1960s, where he lent his talented bass chops to several artists, according to Stereogum. From that time, he played with Aretha Franklin, Marvin Gaye, the Dramatics and Stevie Wonder. 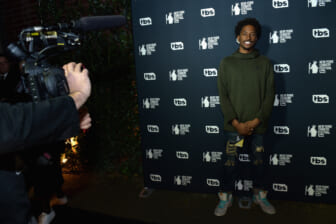 Henderson played extensively with Davis during his fusion period. He appeared on many of Davis’ albums, including 1971’s “A Tribute to Jack Johnson” and “Live-Evil,” 1972’s “On the Corner” and 1975’s “Agharta.”

On top of his abilities as a bassist, Henderson was a talented vocalist. Some of his first successes as a singer came via his collaborations with Connors. Henderson’s duet with Jean Carn on Connors’ “Valentine Love” reached No. 10 on the Billboard R&B chart in 1975. With Henderson as the featured vocalist, “You Are My Starship” — Connors’ signature ballad — cracked the Billboard R&B Top 5 in 1976. 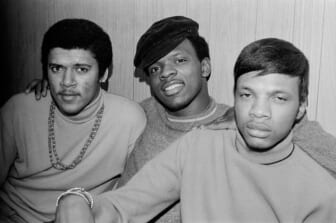 That same year, Henderson launched a solo career with his first album, “Solid.” He earned two Top 10 Billboard R&B solo singles with 1978’s “Take Me I’m Yours” and 1980’s “Wide Receiver.” His final album, “Bedtime Stories,” was released in 1986.