The president, who spent the day working in isolation, called the House majority whip to congratulate him on his NAACP Spingarn Medal, the highest honor given by the civil rights organization. 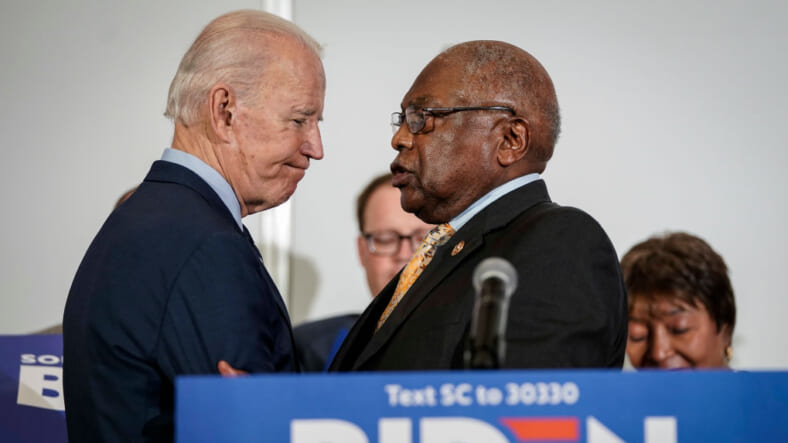 President Joe Biden is in isolation after receiving a positive diagnosis for COVID-19 on Thursday. Dr. Ashish Jha, White House COVID response coordinator, said it is unclear which variant the president contracted, but that should change in a few days.

Earlier today, Biden took to social media and posted a video stating that he has mild symptoms. For the time being, the 46th president will be working from the White House residence as he recovers from the virus.

White House Press Secretary Karine Jean-Pierre said among the president’s duties on Thursday was placing calls to politicians and his family. Biden was supposed to see family members during a presidential trip to Pennsylvania, which was canceled due to his diagnosis.

One of the calls Biden made was to House Majority Whip James Clyburn to congratulate him on his NAACP Spingarn Medal, the highest honor the NAACP can bestow. The two also discussed what Clyburn called “another shared experience” of a COVID diagnosis. Thursday also happened to be the congressman’s 82nd birthday.

Clyburn revealed to theGrio that the president admitted on the call that he wanted to surprise him with a visit to the NAACP ceremony Wednesday night; however, plans never lined up to implement the special appearance. 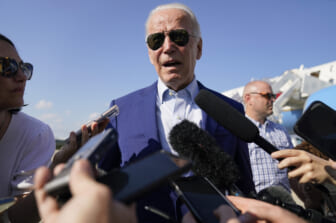 The NAACP recognized Clyburn for dedicating his life to serving others. Many of his fellow congressional leaders were in attendance during his award ceremony held in Atlantic City, N.J. The attendees included Virginia Rep. Bobby Scott and Texas Rep. Sheila Jackson Lee.

Clyburn, a veteran politician, is the highest ranking Black man in the D.C. political sphere. The South Carolina native began his life of service before he was a teenager. “I joined the NAACP as a 12-year-old,” Clyburn recalled. “I was elected president of my youth council and 70 years later to be honored with the highest award that they give to any citizen is a real honor that I cannot really put to words.”

Derrick Johnson, president and CEO of the NAACP, said in a statement, “The past two years have been filled with immense devastation and loss for the Black community. We have truly been tested by the disparate impacts of a global pandemic and the war waged on our civil rights. But under the leadership of legends such as Whip Clyburn, our resilience has shone through, and we continue to prevail. It is only right that we recognize his decades of unrelenting advocacy for the Black community with the NAACP’s highest recognition as we continue the fight together. This is what power looks like.”

House Democratic Caucus Chair New York Rep. Hakeem Jeffries told theGrio that he feels “It is always a good thing, as far as I’m concerned, when the administration checks in with Jim Clyburn.”

With nearly 30 years in Congress, Clyburn was considered the catalyst for Biden’s rise to the White House during that 2020 presidential primary season. Clyburn has been a fierce fighter for the Democratic Party and especially for Biden as the 79-year-old president faces low approval ratings, some of the lowest of his presidency.

During an exclusive conversation with theGrio, Clyburn said that neither Biden nor the Democratic Party was to blame for legislation, such as voting rights and police reform, not being passed. “It is a process problem that is giving us the difficulty we’ve got because, with a tie vote in the Senate, we can’t get to the issues because we cannot get beyond the filibuster,” he explained. “If we could, these things would pass in the Senate as well. 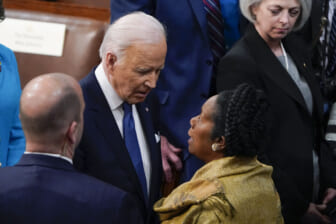 “They keep talking about what we have not done. He has been president for a year and a half. And he’s got a term for four years. Why would we expect for him to do the four years in a year and a half? It ain’t over yet,” Clyburn said.

The senior statesman feels justified in his support of Biden especially when it comes to the economy.

“So you look at things like inflation. That’s not an American problem. That’s a world problem. The inflation rate that we have in this country, over 7 percent, it is double that in many other countries around the globe. In European countries, it is one and a half times that. So this is a problem brought on by this war that Putin has visited upon the world,” the congressman said.

“Now last week, when gas prices were going up, everybody said Joe Biden is at fault,” Clyburn said. This week, as gas prices went down, Clyburn asked, “Does Joe Biden get credit for that? He opened up the reserves. He has been pushing programs to drive that price down. Why won’t we give him credit for that?”