Joe Nathan James Jr. was put to death more than three hours behind schedule Thursday for the 1994 murder of his ex-girlfriend

Alabama’s prison system said Friday that the execution of an Alabama inmate was delayed because of the time it took to establish an intravenous line to the inmate.

The state offered more information about the hourslong delay that observers said was troubling and unusual.

“The protocol states that if the veins are such that intravenous access cannot be provided, the team will perform a central line procedure. Fortunately, this was not necessary and with adequate time, intravenous access was established,” the Alabama Department of Corrections said in a statement emailed to The Associated Press.

The statement did not elaborate on how long it took to establish the intravenous line or how many attempts were made. But a prison system spokeswoman confirmed the delay happened because of the time required to establish the IV connection. 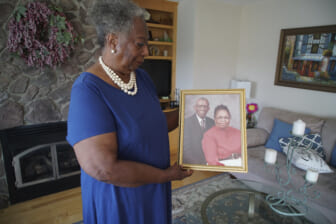 Joe Nathan James Jr. was put to death Thursday night for the 1994 murder of his ex-girlfriend Faith Hall, 26, more than three hours after the procedure originally was supposed to begin.

Hall’s daughters, who were just 3 and 6 when their mother was killed, had urged along with Hall’s brother that officials change the sentence to life in prison without parole. But Alabama Attorney General Steve Marshall urged Ivey to let execution plans proceed and ensure “justice is done.”

The execution was set for 6 p.m. CDT, and the U.S. Supreme Court denied James’ request for a stay at 5:24 p.m. Reporters were taken to the grounds of Holman prison by van at about 6:30 p.m. to witness the execution, which did not get underway until about 9:04 p.m. The inmate was pronounced dead at 9:27 p.m.

A delay of that length is unusual compared to executions conducted in Alabama in recent years.

“Three-hour delays in carrying out executions after all court issues have been resolved are not normal. They don’t happen unless something has gone wrong or the state is not properly prepared,” Robert Dunham, executive director of the Death Penalty Information Center, wrote in an email Friday.

The state in 2018 called off the execution of Doyle Lee Hamm after staff had trouble finding a suitable vein for the intravenous line. The inmate was punctured at least 11 times in his limbs and groin, according to his attorney, as staff tried unsuccessfully to connect the IV line.

Dunham said the delay with the most recent execution shows the need for greater transparency.

“In a truly transparent system, the media would be able to witness the attempts to set an IV line. If it took three hours to set an IV line, that’s a huge problem — reminiscent of the Doyle Lee Hamm botched execution attempt,” Dunham wrote in an email.

Alabama Corrections Commissioner John Hamm told reporters Thursday that “nothing out of the ordinary” had occurred. Asked Thursday if there was difficulty in finding a vein during James’ lethal injection, Hamm said: “I don’t know.”

“I can’t overemphasize this process. We’re carrying out the ultimate punishment, the execution of an inmate. And we have protocols and we’re very deliberate in our process, and making sure everything goes according to plan. So if that takes a few minutes or a few hours, that’s what we do,” Hamm told reporters. 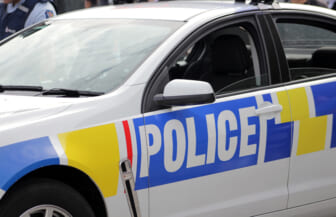 By comparison, the January execution of Matthew Reeves was relatively swift. News reporters left for the prison at about 8:27 p.m. to witness the procedure and Reeves was pronounced dead at 9:24 p.m.

Asked whether there was any resistance from James to the preparation, Hamm said: “None that I’m aware of.”

James showed no deliberate movements at any point during the portion of the execution witnessed by media, gave no final words and had his eyes closed. Hamm, responding to questions, denied that James was sedated beforehand.