“Properties that formerly housed the enslaved have no place on Airbnb,” company spokesman Ben Breit said in a statement.

A cabin that once housed enslaved people in Mississippi was listed on Airbnb as a luxury space. However, after backlash following a viral TikTok video that an entertainment and civil rights attorney posted, the listing has been removed — and Airbnb has since issued an apology.

“Properties that formerly housed the enslaved have no place on Airbnb,” company spokesman Ben Breit said in a statement, according to The Washington Post. “We apologize for any trauma or grief created by the presence of this listing, and others like it, and that we did not act sooner to address this issue.”

The current owner, Brad Hauser, said the previous owner decided to “market the building as the place where slaves once slept.” He added that the building was a doctor’s office rather than quarters where enslaved people slept. He added that he is “not interested in making money off slavery, and also apologized for a listing that was “insulting African Americans whose ancestors were slaves.”

However, as theGrio previously, reported the video shows that the unit is openly advertised as a location where enslaved persons lived in the 1830s. It was later used as a cabin for sharecroppers and eventually as a medical office.

Wynton Yates, the New Orleans attorney who originally shared the posting noted in the viral video, “The history of slavery in this country is constantly denied and now it’s being mocked by being turned into a luxurious vacation spot, ” said Yates, who is a Black person. “This is not OK in the least bit.”

The listing was at Panther Burn Cottage @ Belmont Plantation in Greenville, Mississippi. Other Airbnb listings that were formerly the quarters of enslaved people were often described in terms that painted a sanitized picture of the atrocities of enslavement.

“They don’t care about the true history of that space,” Yates told Mic, theGrio has reported. “They care about the plantation in its visual beauty … They have the privilege of mentally removing themselves from that history because they are not affected by it in the present day.” 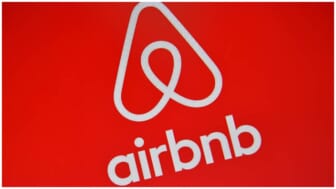 “If you were to put any Black American in that space, the emotional reaction would be night and day.”