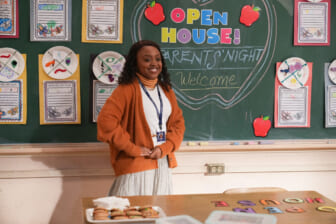 The star-studded event at the Beverly Hilton highlighted the best broadcast network and cable TV has had to offer audiences in the past year. Awards for streaming shows were handed out during a ceremony Sunday.

With various new shows and returning favorites enjoying full season runs after Hollywood rebounded from the COVID-19 pandemic, there were plenty of shows this year for the Hollywood Critics Association to choose from, with “Abbott Elementary” enjoying significant wins.

The mockumentary comedy took home four awards, winning for best comedy, best writing, best supporting actress for Janelle James and best actress for creator and star Quinta Brunson, per The Hollywood Reporter. James, who won over the hearts of critics and audiences alike with her turn as Principal Ava on the series, gave a particularly inspiring speech that has gone viral on Twitter.

“Oh my god,” James gushed to the audience as she accepted the award. “I truly thought that you find out that you win beforehand,” she said, explaining that she was caught off guard because she thought actors just pretended to be shocked when winning awards. “I was like drinking and everything. I was chilling,” she added. “Thank you so much, man. Thank you first to Quinta for making this show and like, changing my life; this is amazing.”

She went on to thank the entire cast around her, including Brunson, Sheryl Lee Ralph, Tyler James Williams, Lisa Ann Walter and Chris Perfetti. “I really feel like I would not have been able to give the performance I have if the people around me weren’t so supportive,” she said. “Making people laugh is my whole life. It’s gotten me through so many tough times and I’m just so grateful. Thank you guys so much.” 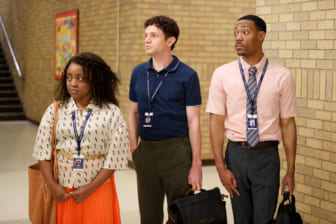 Ralph, who plays veteran teacher Barbara Howard in the series, took to Instagram to celebrate the wins. “It was a fabulous night,” she said in a video to her followers. “And for all of the awards we got I would just reiterate, you made the right choice.” She also thanked the association in her caption as well as her castmates, adding, “My work family is winning!!”