Erin Mims said she started experiencing hot flashes, chest pains and a racing heart after touching a napkin found in her door handle.

Birthdays are supposed to be a day filled with joy, love and — if you’re lucky — cake, but one woman’s experience in Houston turned into what she says was one of the scariest moments of her life.

According to Fox 26 News, Erin Mims was celebrating her birthday with her husband on Tuesday when she found a napkin stuck in the passenger door handle of their car as they were leaving a restaurant. She barely touched the napkin as she threw it away, without giving it any thought, then went back into the eatery and washed her hands. After she returned to the vehicle and they departed, she felt a tingling sensation in the hand with which she opened the car door.

Her husband drove her to a nearby hospital, where doctors performed bloodwork, urine testing and a CAT scan. In a video posted to Facebook warning others of her experience, Mims said she spent about six and a half hours at the hospital after the incident, which started at Prospect Park.

While there wasn’t enough of the foreign matter in her system to detect what it was, the doctor gave her a diagnosis of “acute poisoning from an unknown substance.”

“Just that little amount had me messed up, y’all, so just imagine if I would’ve grabbed it with my full hand,” Mims said in the Facebook video. “I probably could’ve been dead.”

She said she was recording the clip to tell others to “be careful,” as the doctor also informed her it could’ve been a possible kidnap attempt. 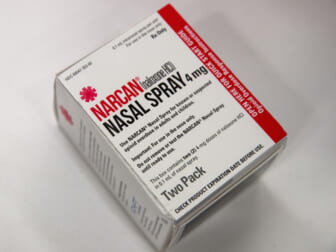 “Just for everybody, all the women in Houston, and just everywhere, be careful when you’re out,” she continued. “Pay attention to your surroundings. Just be careful, be safe.”

According to Fox 26, expert Mark Winter of the Southeast Houston Poison Center said the symptoms described by Sims match hundreds of potential toxins, although her exposure would be regarded as “casual” or minimal.

While several of the comments left on the video suggest that similar scenarios have happened to other people, others contend Mims was not poisoned, but rather experiencing a panic attack since she claimed to be a germaphobe. 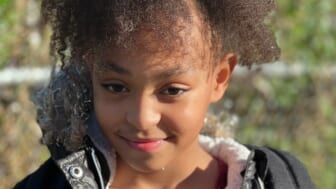 “I read some of the comments. I don’t care what people think,” said Mims, according to Fox 26. “I just want them to know what happened. When they see that napkin, in their head, they’re going to know not to touch it. I just want everybody to be careful. Physically, I’m okay, but emotionally [and] mentally, I’m not. I don’t even want to go anywhere by myself.”

Fox 26 reported that they reached out to the restaurant to inquire whether any other customers reported similar incidents, but had not heard back.

“They got some crazy a** people in the world, y’all,” Mims warned in the video posted to Facebook.

“I never thought this would happen to me or on my side of town. So it could happen anywhere,” she said. “I’m just thankful that I’m here.”