The verdict is the largest monetary award by a jury in a racial discrimination case in Oregon history.

Walmart has been ordered to pay an Oregon man $4.4 million in punitive damages after a former theft-prevention employee racially profiled him as he was “shopping while Black.”

Michael Mangum, 61, is also set to receive $400,000 in non-economic damages, making the verdict the largest monetary award by a jury in a racial discrimination case in Oregon history, The Oregonian/OregonLive reports. 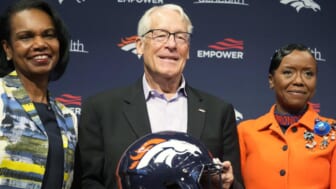 According to the lawsuit, the employee, Joe Williams, 32, is accused of racially profiling Mangum at the Wood Village Walmart on March 26, 2020. Mangum was shopping for a refrigerator lightbulb when Williams “spied” on him before demanding that he leave. When Mangum refused to exit the store, Williams called the police and falsely claimed that Mangum had smashed him in the face.

“When he said he’s going to call the police, I couldn’t believe it, because I hadn’t done anything,” Mangum told The Oregonian/OregonLive. “The only thing that was going through my mind was, ‘You have the right to be here.’”

According to the news outlet’s report, Mangum’s lawyers noted in a news release that deputies from the Multnomah County Sheriff’s Office (MCSO) responded to the scene and “refused to take action” against their client due to Williams’ “reputation for making false reports to police.”

Williams also had “shifting explanations” for the reason he called police on the shopper, leading police to conclude that Mangum had committed no crime and posed no threat. The manager also allowed Mangum to continue shopping and explained to him that the store had experienced “large losses from theft,” per the attorney’s news release.

Mangum said the entire ordeal left him feeling “disrespected and embarrassed,” so he pursued legal action.

The store and officials at Walmart corporate were reportedly aware that Williams had a pattern of false reporting, but ignored his disturbing behavior. Williams remained employed for several months after the Mangum incident. He was fired in July 2020 for “mishandling” Walmart property, according to Mangum’s attorneys. 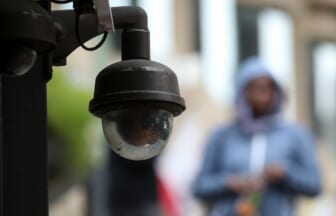 Randy Hargrove, a spokesperson for Walmart, denied Mangum’s version of events. He claims workers were monitoring “confirmed shoplifters” when Mangum interfered and ignored Walmart staff and deputies who repeatedly asked him to leave, according to The Oregonian/OregonLive report.

Hargrove described the $4 million award as “excessive” and noted that the company is “ reviewing our options including post-trial motions.”