Courtney B. Vance to star in ‘Heist 88,’ co-produce with Angela Bassett

"Heist 88" is the first film since Bassett Vance Productions renewed a deal with MTV Entertainment Studios.

Courtney B. Vance will star in the forthcoming film “Heist 88.” Vance and Academy Award-nominated actress Angela Bassett, his wife, will produce the film in their production deal with MTV Entertainment Studios.

“Heist 88” is inspired by one of the largest bank robberies in American history. Vance will star as Jeremy Horne, a charismatic criminal mastermind attempting an $80 million bank heist before going to prison in 1988.

“This character is inspired by a man who was able to convince a small group of young people who were at the lowest rungs of their bank to join him in committing one of the biggest crimes against the US banking system in this country’s history,” Vance said in a statement. “At its core, it’s an unapologetically compelling story that throws back to where we are today. What is the American dream, and who does it work for?”

Vance will reunite with Sharp, with whom he first acted in 2016 in FX’s “The People vs. OJ Simpson: American Crime Story,” for which Vance won an Emmy Award. She will play Bree Barnes, a political consultant and Horne’s love interest.

It will also be the latest collaboration between Vance and Green, who starred in the AMC series “61st Street.” He will play Marshall King, a house music DJ, and Horne’s nephew. 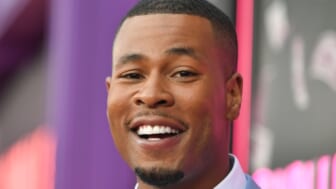 “Heist 88” will be the first film from Bassett Vance Productions since the company renewed its deal with MTV Entertainment Studios after first teaming up in 2020. Menhaj Huda will direct the film, and Lynnette Ramirez, Bassett Vance Productions’ head of development, will co-executive produce with Bassett and Vance, along with Van Toffler and Barry Barclay for Gunpowder & Sky.