Laken Tomlinson took off his New York Jets cap, folded his hands in front of his face and cried.

The grief of losing his daughter 18 days after she was born is still raw and painful.

The tears are part of the healing process, one that has taken three years for the 30-year-old offensive lineman. And one he’s not sure will ever truly end.

“I break down in tears before every game since. Because she’s pushing me right now.”

Rachel Tomlinson gave birth to Claire Abigail via a scheduled cesarean section in 2019. The baby girl was premature, but the Tomlinsons didn’t expect the tragedy they experienced less than three weeks later when they left the hospital — without her. 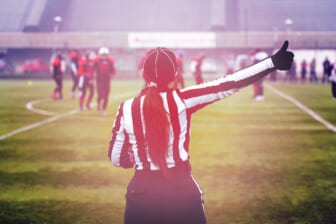 “I’ve always been blessed for a lot of opportunities I’ve had,” Laken Tomlinson said. “And I’ve never really taken anything for granted. But I never really wanted something so badly in my life.”

Tomlinson prefers keeping the details of what happened private, and only now has begun talking publicly about the emotional aftermath for his family.

He wept when he recently spoke for the first time publicly about losing his daughter on the Jets’ “One Jets Drive” documentary series. Tomlinson, a long-time mental health advocate, has leaned on his wife, his mother Audrey Wilson and other family members who offered encouragement and love.

“If I didn’t have those people in my corner, I don’t think I’d be here in front of you now,” Tomlinson said. “I’d probably be somewhere else, I don’t know.”

Many of Tomlinson’s teammates and friends are now finding out about the private hell he dealt with while trying to excel on the field.

“I’m not really a personal person,” he said. “Especially on the field, I try to keep everything very professional. I don’t like my personal life really out there because at the end of the day, I’m a football player. I’m here to entertain the fans, right?

One whose journey has taken him from the cricket and soccer fields of Savanna-la-Mar, Jamaica, where he was born, to the Rogers Park section of Chicago with his family when he was 11. Tomlinson became a two-sport star, in football and track and field, after a growth spurt early in high school.

That’s also when Tomlinson was sent down his next path — after his grandfather died from internal bleeding due to stomach ulcers while visiting Jamaica.

“It affected me a lot, just who I was as a young man at the time,” Tomlinson said. “It made me question a lot of things around me.”

Writing a paper for an English class comparing the health care system in Jamaica to those in other countries sparked a passion for medicine. His next stop was Duke, where he balanced playing football with being a pre-med double-major in evolutionary anthropology and psychology.

Tomlinson already has big plans for after he has played his last snap: Medical school, becoming a doctor and opening a hospital in Jamaica — in his grandfather’s honor.

“That’s my ultimate dream,” he said. “My ultimate goal.”

Until then, he’s living out another of his dreams in the NFL.

A first-round draft pick of Detroit in 2015, Tomlinson struggled at times early as a pro. Then came a trip to a barber shop in Irvine, California, where the barber mentioned one of his customers worked with offensive linemen.

It was Pro Football Hall of Famer Jackie Slater, who took Tomlinson — who wears No. 78 with the Jets because of him — under his wing. 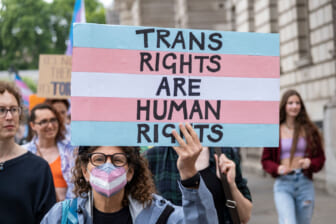 A trade before the 2017 season led Tomlinson to San Francisco, where he developed into one of the game’s top left guards — with current Jets coach Robert Saleh, then the 49ers’ defensive coordinator, witnessing his improvement. Five years later, the Jets gave Tomlinson — who made the Pro Bowl last season — a three-year, $40 million deal to be their left guard.

“He’s as well-mannered and well-spoken as you can get,” Saleh said. “Then you get in the meeting room, same thing — he’s very thoughtful.

“And then he puts the helmet on and something crazy happens. He’s like the Jekyll-Hyde thing, especially on gameday. He will headbutt you if you’re in his way. He’s a whack job on gameday.”

Because Tomlinson is driven to overcome every obstacle he faces.

Tomlinson and his wife found strength in each other in the months after losing Claire Abigail. And in 2020, Rachel Tomlinson gave birth to the couple’s second daughter: Taylor Rose.

“The most beautiful girl in the world,” the proud father said with a huge smile.

He video chats every night with his wife and 2-year-old daughter, who are still living in San Francisco. But they’re never far from his mind — on or off the field.

And neither is the baby girl whose memory drives him every day.

“If I could just help one person out there, I feel like I’ve done something good,” Tomlinson said. “Our family and the people we have in our life means so much to me. It means so much to you. And don’t ever shy away from a helping hand because you just don’t know how much you can benefit from just one person.

“It could just take one person to change your whole life. And I feel like that’s been happening to me over and over again my entire life.”