Dramedians: Comedians who have made great strides in drama

Whoopi Goldberg, Kevin Hart, Mo'Nique and other excellent actors appear on this list to help us close Black Comedy Month.

From Whoopi Goldberg and Eddie Murphy to Mo’Nique and Kevin Hart, some of our greatest comedians in the culture have often spread their wings into acting, even dabbling in what many would call the opposite of comedy: drama. To close out August, which is Black Comedy Month, theGrio had compiled a list of some of the most exciting “dramedians” to ever swap out their jokes from some drama over the years, many of whom are landing prestigious awards for their work.

We can’t have a list of “dramedians” without kicking it off with the one and only Whoopi Goldberg. Starting off her career as a popular stand-up comedian in New York City, Goldberg had her own show on Broadway before landing the now-iconic role of Celie in Alice Walker’s 1985 classic, “The Color Purple.” With a nomination for Best Actress at the Academy Awards, the Stephen Spielberg-directed drama launched Goldberg into a new stratosphere of stardom.

Goldberg would go on to win an Oscar for her turn as Oda Mae Brown in the 1990 film “Ghost.” Playing a psychic helping the ghost of Patrick Swayze’s character, Sam, the role fuses both her comedic talents and dramatic acting chops, clearly winning over members of the Academy. Goldberg, of course, would continue to dominate the box office for nearly two decades, starring in various comedies and dramas like “Sister Act” and “Ghosts of Mississippi.”

Another 1980s comedian-turned-dramatic actor is, of course, none other than “Saturday Night Live” alum Eddie Murphy. While his comedic work on the stand-up stage — as well as various comedy film projects like “Coming 2 America,” “Beverly Hills Cop” and “Dr. Doolittle” — has made him a household name, Murphy has also taken on some notable dramatic roles, perhaps the most acclaimed of which being his turn as James “Thunder” Early in the 2006 film adaptation of the Broadway musical “Dreamgirls.”

Murphy sang, danced and acted his way throughout “Dreamgirls,” earning himself an Academy Award nomination for his devastating performance of a pop star dealing with the dark side of fame, addiction, and much more. Recently, Murphy also earned raves for his performance in “Dolemite is My Name,” in which he starred as Rudy Ray Moore.

Jamie Foxx, who made his first big splash in the industry as a featured player on Keenen Ivory Wayans’ sketch show “In Living Color,” is another “dramedian” worthy of acclaim. Foxx would go on to become one of the most successful comedians of the 1990s, even nabbing his own sitcom, “The Jamie Foxx Show,” while also appearing in various films. Foxx also has forged a career as a dramatic actor, having won the Best Actor Oscar for his portrayal of Ray Charles in “Ray.”

Since his Oscar win in 2004, Foxx has continued to never stick to one thing for too long, having starred in films like “Dreamgirls,” “The Amazing Spider-Man 2” and “Soul.” Whether jumping between comedy, action and drama films to revisiting his “The Foxxhole” Sirius Satellite Radio channel or successful music career, Foxx refuses to be pinned down, all to glowing results. 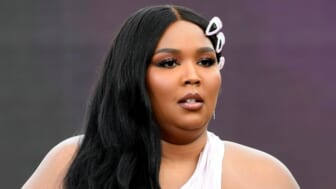 Next up is Anthony Anderson, who has long enjoyed a successful career as an actor and comedian. From his early roles in films like “Big Momma’s House,” “Barbershop,” “Malibu’s Most Wanted” and “Scary Movie 3,” Anderson found plenty of success in the comedy film space, yet would still take on some dramatic roles throughout his career.

Anderson appeared in the hit FX drama “The Shield” for 15 episodes as Antwon Mitchell, a drug kingpin. A few years later, Anderson would join one of the most popular procedurals on television: “Law & Order.” From Seasons 18 to 20, Anderson played detective Kevin Bernard, a role he recently reprised in the most recent reboot of the popular franchise series. While Anderson is still fresh off his stint on the now-classic comedy, “Black-ish,” he has plenty of dramatic roles under his belt.

Another dramatic Academy Award-winning performance from an established comic came from Mo’Nique back in 2009 in “Precious,” and she earned significant praise. Based on the novel “Push” by Sapphire, the film featured a performance from the comedienne as Mary Lee Johnston, the titular character’s abusive mother, which resulted in Mo’Nique nabbing the Best Supporting Actress Oscar. The portrayal allowed her to show different sides of herself as an entertainer, as she was known then primarily for her comedic roles in projects like “The Parkers,” “Phat Girlz” and more.

In 2015, Mo’Nique also took another dramatic turn as Ma Rainey in the HBO film, “Bessie,” starring Queen Latifah. She earned a Primetime Emmy nomination for her work.

While she may have captured the hearts of audiences for playing Brenda Meeks in the “Scary Movie” franchise, Regina Hall has since provided us with plenty of powerful dramatic performances as well. Recently, Hall starred in “Nine Perfect Strangers” on Hulu, a limited series that saw the actress among a cast that includes Nicole Kidman and Melissa McCarthy.

Hall also starred in the indie drama “Support the Girls” back in 2018, which earned her the New York Film Critics Circle Award for Best Actress — making Hall the first African American to win the award. “The Hate U Give,” which starred Amandla Stenberg as Starr Carter, also featured a dramatic performance from Hall, who played Carter’s mother.

In her recent projects, funnywoman Niecy Nash has also proved herself to be a force to be reckoned with in drama. From her memorable portrayal of Deputy Williams on “Reno 911!” and various film appearances earlier in her career, Nash was one of the strongest voices in comedy. Her latest projects, however, have shown her more dramatic side, especially her role in “When They See Us,” Ava DuVernay’s limited series on the Central Park Five. Appearing as Delores Wise, Nash nabbed a Primetime Emmy nomination for Outstanding Lead Actress in a Limited Series or Movie. She also appeared in DuVernay’s film “Selma” as civil rights activist Richie Jean Jackson.

Even “Claws,” her latest series — that aired its season finale earlier this year —is a comedy-drama, allowing Nash to dive into both sides of her acting talents.

Last but certainly not least on our list is Kevin Hart, one of today’s most successful comedians and movie stars. In 2020, Hart was named the world’s highest paid comedian, beating other industry veterans like Jerry Seinfeld, who, since the beginning of the list, had always been atop it. Outside of his stand-up sets, Hart has also built himself a successful comedic film career.

Lately, however, Hart has begun to play more dramatic roles, the latest of which is in the Netflix limited series “True Story.” Describing the show to theGrio as his “first real dramatic performance,” Hart told us earlier this year: “You know, there’s different versions of me that’s been presented, and I feel like I’ve checked almost every box the entertainment business has to offer, whether it be stand-up comedy, to comedy, to action-comedy, to action-comedy adventure, to animation, to docuseries, to dramedy to straight drama, and now we’re talking about drama-thriller, right? We’re now elevating.”

With Hart’s success, “True Story” is sure to be just the beginning of his “dramedian” journey.