OPINION: It seems as if there is no booboo that a Band-Aid can’t make better. 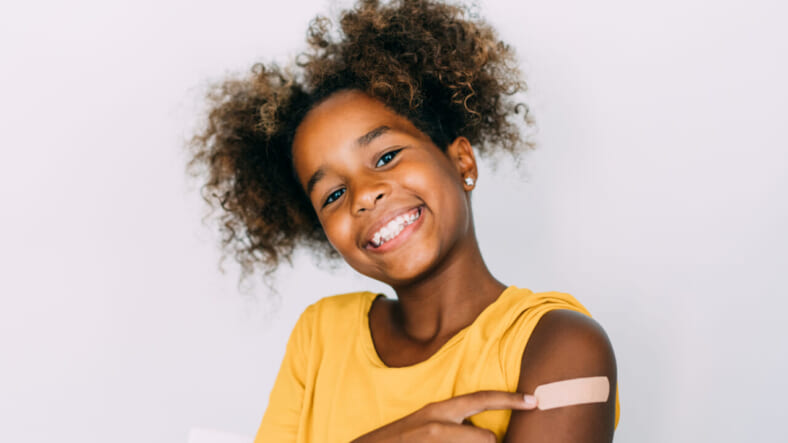 I have four kids ranging in age from 13 to almost 2. That means that I’ve witnessed and had to tend to booboos aplenty. I’m no doctor, of course, but any parent or parent-like figure can tell you that for most booboos that don’t require hospital visits, there are two almost instant cures: a kiss on the booboo from mommy and/or a Band-Aid.

The kiss from mommy is pretty self-explanatory. A kid falls down the stairs and grabs his knee while screaming, and then mommy usually comes and slaps the offending stairs and then gives a big hug and a kiss on the knee, and Young Johnny is back to the shenanigans. Dads are able to execute this as well; in my experience, though, even if dad has solved the problem with an imaginary beat down of the object that caused the pain and a kiss on the booboo, if mommy happens to walk in, the waterworks start again and then SHE is the one who must address the problem. Moms be momming. Shouts out to mothers. 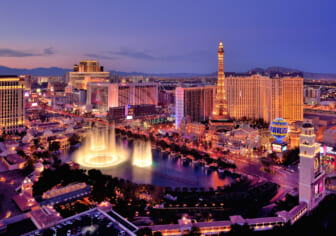 But let’s say there’s blood—even a slight reddening at all. My kids cannot be consoled without a Band-Aid. For some reason, a Band-Aid immediately makes the whole thing better. Nothing hurts anymore. Nothing is wrong. Birds are able to chirp again and flowers are eligible for blooming. For instance, just a few days ago, my kids were playing dodgeball inside my home in a pretty confined space that includes many fine breakables, from electronics to collectibles. Worst possible place to play dodgeball in my home, but it’s in the past, so let’s just move on.

Somehow, four kids (including an almost 2-year-old) morphed dodgeball into a hybrid between soccer and dodgeball (again in a room with many breakables)—the baby actually somehow tripped into the floor and hit his head on a table four feet away; I don’t know either—and two of my kids tried to kick the ball they were trying to dodge at the same time, and one of them ended up with a cut on his leg. Again, a kid playing dodgeball got kicked in the leg while trying to kick a ball he was trying to dodge. 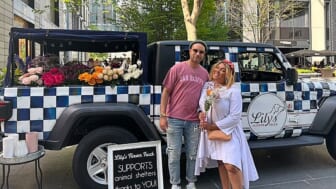 Also Read:
My wife is one of the founders of the Momference and District Motherhued. I’m a very proud husband

Anywho, the cut on the leg. My daughter comes to get me to let me know that there’s an injury. I go to make sure my son is OK—he is—but he has a scratch and the smallest amount of blood on his leg. Now, he’s not crying while I’m walking up the stairs; I hear nothing but laughter. But as soon as he sees me, he starts crying and holding his leg as if he’d just broken it in three places. I’m pretty sure he prepared that performance for his mother, who wasn’t there so he wasted some solid material on daddy; these kids definitely give different performances based on the parent present.

Anywho, my son is rolling over, crying and thinks he’s bleeding out. He asks me with all of the urgency he could muster for a Band-Aid. Now, I assessed this injury, and the boy absolutely did not need one. But that’s beside the point; he felt like the Band-Aid would cure the situation. Despite the fact that his demeanor insinuated that he was potentially in need of an EMT, he managed to walk down the stairs and into the bathroom and pick out a healing Band-Aid. I cleaned the wound with water and Bactine and then I carefully placed the Band-Aid over his booboo. This kid then said “thank you” with a smile and then bounced back up the stairs to throw more things I’d asked him not to throw inside the house.

The injury was healed. I know this because I asked him, maybe 30 minutes later, if he was OK, and he had no idea what I was talking about. I pointed at the Band-Aid, and he said, “oh yeah, it still hurts so much, Daddy, but it doesn’t hurt anymore.” Problem solved. Scenarios like this play out across the world (probably) but definitely in my house on nearly a daily basis. I appreciate the immediate healing powers of Band-Aids and how they save so many playdates and enjoyable moments with nothing more than their presence.

I don’t know if Band-Aids get their flowers, but today is that day.

Shouts out to Band-Aids; you are appreciated. Signed, a parent.