The historical epic film is set to hit theaters later this month.

“The Woman King” is almost here! Weeks before their film makes its big premiere in theaters, filmmaker Gina Prince-Bythewood and Viola Davis are on the cover of The Hollywood Reporter, and they opened up to the outlet about their highly anticipated project, how hard they fought to get the film made and more.

As theGrio previously reported, “The Woman King” is inspired by true events that took place in the Kingdom of Dahomey (1600-1904). Davis stars as Nanisca, a military general in charge of an all-female unit, and is joined by her daughter Nawi (played by Thuso Mbedu of “The Underground Railroad”). The two, “together fought the French and neighboring tribes who violated their honor, enslaved their people and threatened to destroy everything they’ve lived for,” per an official description. Lashana Lynch (“Captain Marvel”) and John Boyega (“Star Wars”) also star.

While discussing the project with The Hollywood Reporter, the two reflected on the fact that they were able to pull off making a $50 million epic movie with an all-Black, primarily female cast in the first place. “The part of the movie that we love is also the part of the movie that is terrifying to Hollywood, which is, it’s different, it’s new,” Davis said to the outlet.

In the feature, Davis describes the hunt for a director for the project as “a slog,” saying when they finally found Prince-Bythewood it was a “perfect moment.” Reflecting on what drew her to making this film deeply invested in telling the stories of these female warriors, the filmmaker explained, “What was normal to me growing up was women who went after it, who were aggressive, who had that mentality of wanting to be the best. To outwork everybody, to leave everything out on the floor.” 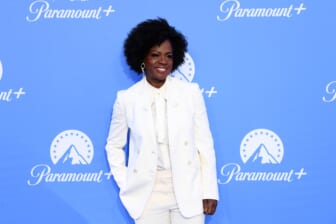 She added, “I truly believe that everyone has this innate athlete, innate warrior within them. I’ve been in a ring, I’ve gotten hit in the face, I’ve hit back. To be able to bring those kinds of nuances to scenes — what does that feel like before you’re about to fight? How you stand, how you think? Just knowing those types of things, I think, was very helpful.”

The full cover story, including more comments from the film’s lead and director, is available to read now at The Hollywood Reporter. Check out the trailer for the film below: