‘Yara Shahidi’s Day Off’ to premiere on Facebook Watch 

Nas, Amanda Seales, Swae Lee and others will hang out with the "Grown-ish" actress on the upcoming Facebook Watch show.

Yara Shahidi is teaming up with Facebook Watch for a new series that premieres later this month. “Yara Shahidi’s Day Off” connects the “Grown-ish” actress with various celebrity friends for an entire day as they sit down for “organic conversations” and pursue adventures.

Each episode follows Shahidi as she embarks on a fun-filled day with a different celebrity, who plans various activities with the actress.

“In each episode, from culture to cuisine, hobbies, and talents, Yara actively takes part in a wide variety of experiences curated by her peers that reflect their authentic interests outside of their fame,” according to the official description that theGrio obtained.

Guests include Nas, Amanda Seales, Swae Lee, Liza Koshy, Chloe Kim and Elsa Majimbo. The series, from producers Jesse Collins Entertainment and 7th Sun Productions, also promises in-depth conversations outside of the curated activities. For instance, Shahidi will ask each guest, “What is the one question that no one ever asks, that you wish they would?”

Shahidi said in the statement announcing the series, “Much of our world and work as a family has been inspired by the intimate conversation we’ve had with the incredible people we’re surrounded by. For years, we at 7th Sun have wanted to open the door wide open and share with my peers how moving it is to hear some of my favorite folks talk about THEIR favorite things.” 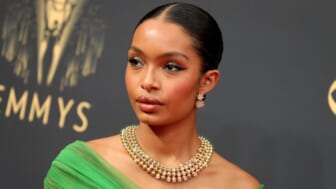 Continued Shahid, “We are excited to join forces with Jesse Collins Entertainment, Tiffany Mills, and Meta to share these meaningful moments with my peers!”