The documentary, announced by Jackson's estate and Sony, is in commemoration of the 40th anniversary of the late singer-songwriter's record-breaking solo album.

Michael Jackson’s “Thriller” will get the documentary treatment. Jackson’s estate and Sony Music Entertainment announced on Tuesday that a documentary will be directed by Nelson George and will be part of the commemoration of the album’s 40th anniversary.

Though currently untitled, the documentary film will focus on the making of Jackson’s sixth solo album, “Thriller,” and its impact on music and culture, past and present. The film will include candid interviews and never-before-seen footage that illustrate Jackson’s transition from a music superstar to a global icon and cultural phenomenon.

George, a well-known music journalist, author, filmmaker and music historian, has covered Jackson extensively over his career. He has penned two books about Jackson, including the 1983 biography “The Michael Jackson Story,” and 2011’s “Thriller: The Musical Life of Michael Jackson,” which chronicles the aforementioned album at length.

“The release of ‘Thriller’ redefined Jackson, taking him from teen star to adult superstar, who composed memorable songs, sang beautifully and reached the highest level of onstage performance,” said George. “The album, and the short films they inspired, created a new template for marrying music and image. It’s been a privilege to explore this extraordinary album and revisit its magic.”

“Thriller” has been certified 34x platinum since its Nov. 30, 1982, release — the most of any studio album in history. Produced by Quincy Jones, it spawned a then-record seven Top 10 Billboard Hot 100 singles, including classics like “Beat It,” “Billie Jean,” “Human Nature” and the title track. It helped Jackson win eight Grammy Awards in 1984. 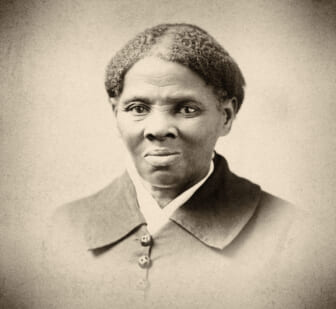 The forthcoming “Thriller” documentary will be the third such film on Jackson’s solo work with Jones and Epic Records. The previous two, 2012’s “Bad 25,” and 2016’s “Michael Jackson’s Journey from Motown to Off The Wall,” were both directed by Academy Award-winner Spike Lee. George was interviewed for both documentaries.

“Michael Jackson’s ‘Thriller’ marked a momentous and pivotal moment in both music and pop culture around the world,” said Tom Mackay, Sony Music Entertainment’s president of premium content. “We’re excited to expand the estate’s documentary collection with our upcoming film and look forward to sharing it with fans around the world.”

Sony and Jackson’s estate will be releasing a deluxe edition of “Thriller” on Nov. 18 to celebrate the 40th anniversary. The double disc set will include 10 bonus songs, including Thriller outtakes.

The estate has been announcing the titles of each of the outtakes every week leading up to the re-release. So far, the estate has revealed the titles “Behind The Mask,” “She’s Trouble,” “The Toy” and “Got The Hots,” among the songs that will be featured on the bonus disc.