According to the research, vaccination rates, mask use and social distancing — or the lack thereof — could all be culprits.

Two studies show Republicans had a higher COVID-19 excess death rate than Democrats, and researchers are trying to figure out why.

According to the research, reported by NBC News, vaccination rates, mask use and social distancing — or the lack thereof — could all be culprits.

The NBC News report reviewed papers by Yale scientists and released by the National Bureau of Economic Research, plus another that appeared in the journal, Health Affairs. The research examined excess death rates, defined by its authors as the difference between the number of predicted and observed deaths.

In a working paper — which, in research terminology, means it has not yet been peer-reviewed — the NBER noted that excess deaths were 76% higher in Florida and Ohio among Republicans. 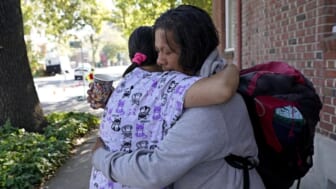 “We estimate substantially higher excess death rates for registered Republicans when compared to registered Democrats,” the paper notes, “with almost all of the difference concentrated in the period after vaccines were widely available in our study states.”

The study only looked at aggregated data by county, meaning it didn’t consider individual factors, such as location, education and income.

Jacob Wallace, an assistant professor of health policy at the Yale School of Public Health and co-author of the study, told NBC News, “This is not saying: If Republicans were in fact Democrats, they’d be less likely to die.” But he noted that there’s a price when hesitating to get a vaccine. “We’re talking about a lot of preventable death and morbidity.” 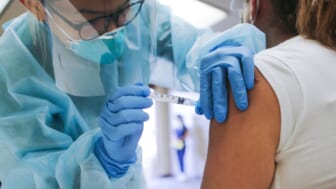 The study in Health Affairs made similar conclusions. Majority Republican counties “experienced 72.9 additional deaths per 100,000 people relative to majority Democratic counties during the study period” ending in October 2021, it maintained.

Joe Gerald, an associate professor of public health policy and management at the University of Arizona, not involved in either study, said he felt the partisan gap could close as the population builds immunity from COVID-19.

He also contended that the similarities between Ohio and Florida make them good places to study.

“You have lots and lots of people,” Gerald told NBC News, “that are otherwise very similar — they live in the same place, they’re roughly the same age distribution — but they differ by party ID.”