Damon Wayans Sr. and Jr. to do CBS father-son comedy

The sitcom is still untitled, but the plot is centered around "Poppa," played by the elder Wayans, dragging his charming, unmotivated son into adulthood.

Veteran funnymen Damon Wayans and Damon Wayans Jr. are set to co-star in a forthcoming television sitcom currently in development by CBS, according to Deadline.

While the series is still untitled, the plot is centered around “Poppa,” played by the elder Wayans, and his son, played by Wayans Jr. The dad, a happily divorced, legendary talk radio host, drags his charming, but unmotivated offspring approaching his 40s into overdue adulthood.

The elder Wayans will be co-writing the multi-camera series with Kevin Hench, former executive producer of “Last Man Standing.” The two will co-executive produce the sitcom along with Wayans Jr. at CBS Studios, the home of his Two Shakes Entertainment.

Wayans, 62, is best known for his time on the 1990s sketch comedy series, Fox’s “In Living Color,” alongside brothers Keenen, Shawn and Marlon, and sister, Kim.

The new show marks the senior Wayans’ return to a network sitcom since starring in ABC’s “My Wife and Kids” from 2001 to 2005. The four-time Emmy Award-nominee’s most recent stint on network television was on Fox’s adaptation of the cop film series, “Lethal Weapon.” Wayans played the co-lead character, Roger Murtaugh.

Wayans Jr., 39, has worked extensively on big and small screens for years. He’s starred in single-camera television comedies like “New Girl” and “Happy Endings.” He has also been in films such as “Supercool,” “Cherry,” and “Barb and Star Go to Vista Del Mar.” 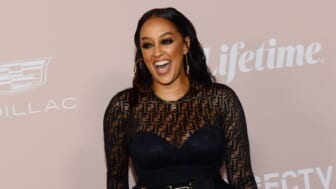 Also Read:
Tia Mowry proclaimed this her season of self-love. This World Mental Health Day, we can, too

The father-and-son Wayans have worked together in the past. Wayans Jr. had a recurring role on “My Wife and Kids,” and he appeared on and wrote for his dad’s Showtime sketch comedy series, “The Underground.” Most recently, the senior Wayans guest-starred on his progeny’s short-lived CBS series, “Happy Together,” on an episode titled, “Like Father, Like Son.”

Both stars are working on promising projects for streaming services. The elder Wayans will be starring in the upcoming Tubi thriller, “Cinnamon,” with Pam Grier. Meanwhile, Wayans Jr. has two efforts in the works for Netflix, recently wrapping “Players,” and serving as executive producer of the upcoming drama series, “Glamorous.”