So far, authorities have only disclosed that the suspects who injured four people, including two Clark Atlanta students, are not students.

Homecoming is supposed to be a time when students and alums get together to socialize, network and participate in college festivities. However, a shooting near Clark Atlanta University over the weekend has put a damper on one gathering, and HBCUs are increasing security.

According to The Atlanta Journal-Constitution, Clark Atlanta, Morehouse College and Spelman College – expecting thousands of people for homecomings – have boosted their police presence around campus following the drive-by shooting early Sunday that injured four people.

As of Monday afternoon, authorities have only disclosed that the suspects are not students. Those injured were three students, two of them from Clark Atlanta, and a fourth person.

Clark Atlanta Police Chief Debra A. Williams stated that students’ safety remains the top priority and that campus police are stepping up patrols in the area, along with Atlanta police. They are also collaborating with the city to find solutions to the violence that affects both locals and students.

Several students were hanging out close to the library at the Atlanta University Center following Clark Atlanta’s homecoming football game when the shooting happened. Atlanta police reported that the crowd was listening to a DJ when unidentified suspects fired bullets. None of the victims suffered critical injuries.

The Journal-Constitution reported that three well-known national gun-control organizations have since called for more legislation and security measures. They also mentioned three incidents that occurred over the weekend close to three other colleges: James Madison University in Virginia, Livingstone College in North Carolina and Ohio State University. 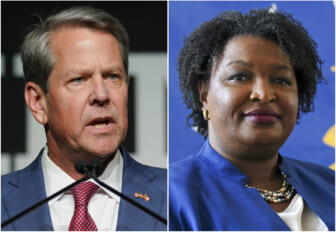 Jackie Azah, a fourth-year Clark Atlanta student and volunteer with Students Demand Action in Georgia, decried the prevalence of shootings.

“We shouldn’t have to live in fear of gun violence on our campuses or in our communities,” said Azah, The Journal-Constitution reported. “We won’t accept a reality where shots can ring out at any moment, and we will continue to fight until we can all walk around our campuses or attend celebrations without worrying about our safety.”