K-pop star apologizes for ‘misunderstanding,’ after being accused of snubbing Black fans

Black K-pop fans have grown increasingly frustrated with Crush ever since he appeared on a Korean TV program in 2016 wearing a mask that featured dark skin, large lips, and frizzy hair.

A K-pop star has apologized for a “misunderstanding” after followers on social media criticized him for allegedly snubbing Black concertgoers.

According to The New York Times, 30-year-old South Korean R&B musician Crush, whose real name is Shin Hyo-seob, displayed the alleged discrimination while giving high-fives to audience members during a recent performance at a music festival in Seoul. He reportedly bypassed an area where Black fans had their hands outstretched.

Crush took to Instagram following the incident and explained to his 2.7 million followers that he refrained from high-fiving some supporters out of fear for their safety. He told the Times he admired and valued Black culture and had not intended to harm anyone.

“I would never intentionally act in a way that would disrespect nor offend any individual,” he said, according to the Times.

Lionel Kim, chief executive of Crush’s P Nation record label, said they’ve made a point of aggressively examining their artists’ content for cultural sensitivity. As the record label aims to gain global popularity, they want to ensure that artists and music videos do not disparage any ethnicity or culture, added Kim, the Times reported. 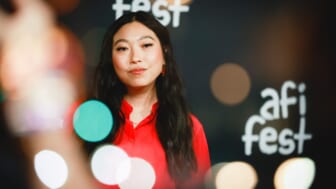 Also Read:
Awkwafina’s non-apology for using a blaccent is the problem

According to the Times, Black K-pop fans have, however, grown increasingly frustrated with Crush, an A-list K-pop star, ever since he appeared on a Korean television program in 2016 wearing a mask that featured dark skin, large lips, and frizzy hair. Crush did not offer an apology for his appearance after the outrage that followed, the Times said.

Some fans were also dissatisfied when Crush deleted an Instagram post from two years ago about his contribution to the George Floyd memorial fund in favor of the Black Lives Matter movement. P Nation told the Times that Crush archived that post and dozens of others that had nothing to do with music.

Still, the controversy surrounding Crush’s most recent episode appears to emphasize further the K-pop industry’s inability to achieve the cultural awareness that fans in the United States and other countries demand, the Times reported.

While footage of Crush ignoring Black fans may have seemed out of character for him, 32-year-old African American public school teacher Akeyla Vincent said it wasn’t at all surprising for his industry.

However, Melissa Limenyande, 29, a Black South African teacher in Korea, said she believed Crush’s explanation that he acted to protect his fans. She has also found it difficult to reconcile her love of K-pop because of what she perceives as its creators’ lack of respect for other cultures. 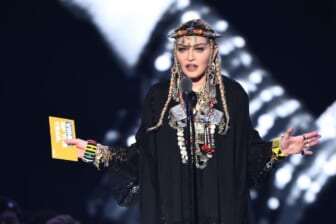 The critiques highlight the long-standing frustration of many Black fans who believe K-pop stars copy their culture without showing them respect, much like earlier generations of white musicians appropriated Black music and profited from it, according to the Times.

“There are Black fans who love K-pop so much,” said CedarBough T. Saeji, an expert on the K-pop industry, the Times reported. “But they also do have a bone to pick with the way that their fandom has been ignored, and the way that their concerns about things like cultural appropriation have also been ignored.”