Deanne Criswell, the administrator for the Federal Emergency Management Agency, said many lessons were learned from the inadequate response to Hurricane Katrina in 2005.

After Hurricane Katrina decimated New Orleans in 2005, the Federal Emergency Management Agency, under the Bush administration, was heavily criticized for its inadequate response to the deadly natural disaster in the majority-Black city. The Category 5 hurricane killed more than 1,500 people, 51 percent of whom were Black, according to the National Oceanic and Atmospheric Administration.

The controversy over the federal government’s response to Katrina ultimately led to the resignation of FEMA administrator Michael Brown. In the aftermath of Hurricane Katrina — one of the most devastating natural disasters in U.S. history — FEMA has worked to improve its ranks and apparatus in how it responds to national emergencies.

During a recent interview with theGrio, current FEMA Administrator Deanne Criswell said many lessons were learned from Hurricane Katrina and other hurricanes in recent years, particularly regarding reaching Black and historically underserved communities. 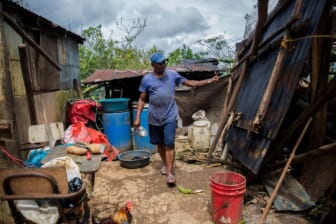 Also Read:
Ocean justice can help empower communities of color on the frontlines of the climate crisis

“One of the things we learned is being able to respond quickly and get into those impacted communities to make sure that we’re getting people out of harm’s way,” said Criswell, who was on the ground with her team during back-to-back natural-disaster recoveries in September — Hurricane Fiona in Puerto Rico and Hurricane Ian in Florida. “There are communities that just have barriers to accessing our assistance.”

In response to the systemic barriers that have historically prevented Black and Latino communities from accessing available assistance from FEMA — and in line with President Joe Biden’s executive order to advance racial equity — the agency last year made some policy changes, which included expanding the type of documentation FEMA accepts as proof of homeownership, a requirement for applicants seeking financial assistance.

Criswell told theGrio that the agency has seen more families become eligible for assistance due to its efforts. “We’re continuing,” she said, “to look at the things that we can do to remove those barriers that we know many of these disadvantaged communities have to access the type of assistance FEMA or federal partners bring in.”

In preparation for Ian’s anticipated landfall, the FEMA administrator said the agency “assembled the largest search and rescue footprint across the federal government than we ever have to be in place and positioned.” 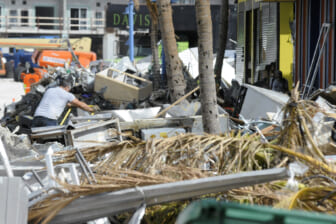 “And they just melded right in with the state and the local teams,” she continued, “to make sure that as soon as it was safe, they were able to go in and start those lifesaving actions.”

Despite the amount of assistance and preventative measures provided by FEMA, Criswell warned, “this is going to be a very long and complicated recovery.” She called the damage caused by Hurricane Ian “catastrophic.” Thousands of FEMA officials and partners, Criswell noted, have been on the ground for weeks, meeting with state officials and community members to get a clearer overview of what recovery will look like in the region.

“We have people that are going out into the neighborhoods talking to people so we can hear from them firsthand what their impacts are and what their potential needs will be,” she said.

Criswell shared that she sent Marcus Coleman, her director for faith-based and community engagement, to the area to speak with faith-based organizations, a bedrock in Black communities.

Another challenge for Floridians impacted by Hurricane Ian is the lack of homeowners with flood insurance, which Politico reported could “financially ruin” thousands of families. Only 29% of the 1.8 million households covered in the president’s disaster declaration had federal flood insurance, the publication highlighted.

Criswell noted that there are several reasons why some homeowners do not have insurance, ranging from not thinking they need it because they don’t live in a special hazard area to simply not being able to afford it. The administrator warned that everyone should get insured “no matter where you are.”

“Look at what we just saw in Kentucky recently with the flash flooding there, or St. Louis with the flash flooding that we had there. These rivers can rise fast, and so just because you’re not in an area that mandates it doesn’t mean that you shouldn’t have it,” said Criswell. “Insurance is that number-one line of defense to help get people back on their feet after they have been impacted by a severe weather event.”

Weeks before Criswell and her team journeyed to Puerto Rico and Florida to tend to the aftermaths of Hurricanes Fiona and Ian, FEMA launched its “Ready Campaign,” a call to action for Black communities to prepare for natural disasters. As the agency, in a press release, noted, “Black communities are on the frontlines of climate change and related extreme weather events.” Last year, FEMA launched a similar campaign targeting Latino communities.

“I am so excited about this campaign,” said Criswell. “We reached out to community members and asked them what are the messages that would help you make the decisions that you need to plan and prepare to protect your family.”

As more natural disasters brought on by climate change continue to wreak havoc across the country, the FEMA administrator said it’s critical that Black communities “understand what their future risks might be.”

“We’re seeing an increase in the types of severe events that are materializing more rapidly [and] they’re causing more destruction,” she said. “And so as communities or as individuals start to rebuild, how can we rebuild in a way that’s going to make them more resilient against future severe weather events? … Those are the decisions that families are going to have to make right now.”