This week in style, Drake and 21 Savage troll Vogue, a natural hair handbook debuts and 'The New Black Vanguard' takes on London.

Whether you’re tapped in on Twitter, Instagram, Tik Tok or Apple News, if this week felt a bit chaotic in terms of news, you’re not alone—and that energy extended into the world of fashion. From Drake and 21 Savage trolling fans to Rihanna garnering criticism over casting Johnny Depp, it’s been a very unpredictable week in style — so let’s get into it!

Johnny Depp may be the longtime face of Dior’s Sauvage cologne, but his collaboration with another savage is drawing criticism. Just days away from the highly anticipated Savage X Fenty Vol. 4 fashion show, Rihanna is facing backlash amid news that actor Johnny Depp will be making an appearance in the star-studded show. Amid his controversial defamation and domestic abuse trial against his former spouse Amber Heard, Depp’s fans were in earnest, but given Rihanna’s own stance against intimate partner violence, many were in disbelief that the “Lift Me Up” singer would cast the actor in her latest production.

This week, Drake said it’s your loss if you didn’t get the joke. Leading up to the release of “Her Loss,” his collaborative album with 21 Savage, the two award-winning rappers trolled fans with a series of videos and images parodying traditional media promotion, including faux appearances on NPR’s “Tiny Desk,” “The Howard Stern Show,” and perhaps most notably, a physically produced parody October issue of Vogue with the Jimmy Crooks duo as cover stars.

On a celebratory note, celebrity hairstylist Johnny Wright has answered every aspiring naturalista’s prayers with the debut of his new book “Natural & Curly Hair for Dummies.” In the book, Wright breaks down natural hair’s science while sharing maintenance and protection tips. He describes the book as “a place to come together to learn, to teach, to heal, and to live your natural and curly hair life to the fullest.” This book is available on Amazon.

Alicia Keys reminds us when you look good, you feel good

Fifteen-time Grammy award-winning artist Alicia is continuing to expand her wellness brand by releasing her second collection with Athleta. Keys describes the new holiday athleisure offerings as “something that can really flatter and accentuate your personality and make you feel good but also really comfortable for the holidays.” The collection features ten cozy loungewear and outerwear pieces in sizes ranging from XXS-3XL. All are available on the Athleta website. 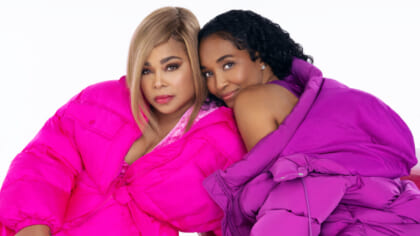 Another ‘Wakanda Forever’ collaboration, thank you!

As we get our outfits together for the debut of “Black Panther: Wakanda Forever,” Marvel has added yet another Black-owned company to its list of collaborators. Activewear brand Actively Black has joined forces with the MCU in honor of the film’s sequel, producing a collection of uniquely designed styles for both men and women featuring official Black Panther artwork. The collaboration is available for purchase on activelyblack.com.

Mary J. Blige kicked off 2022 telling Elle magazine she finally found a way to feel beautiful. Now she’s rounding out the year making headlines for her style during the “Good Morning Gorgeous” tour. According to Women’s Wear Daily, the R&B legend took to the stage in Atlantic City, N.J. last weekend wearing a gold bedazzled corset by Zigman, black sparkly hot pants, and her trademark over-the-knee boots — this time a wild and furry pair by Jennifer Le.

The announcement comes a month after Russell opened the Madrid-based fashion house’s spring 2023 show. As reported by WWD, Jonathan Anderson the brand’s creative director said backstage “When I was thinking of this collection, I had been thinking about Taylor Russell opening the show.”

“Jonathan has been at the forefront of creativity in fashion, with such a distinct vision and voice,” she said. “I am excited for our imaginations to reach new heights as we explore and collaborate in this incredibly special partnership.”

Aurora James is publishing a memoir

Aurora James, founder and creative director of Brother Vellies and the Fifteen Percent Pledge, is releasing a memoir slated for release next May titled “Wildflower.” According to Fashionista, the book, published by Crown, will chronicle James’ rise in the fashion industry, her upbringing in Toronto and Jamaica, and the obstacles she’s faced along the way.

“It’s a story that in so many ways is about all of us — and the pressures we feel to blossom even in the harshest conditions,” James said. 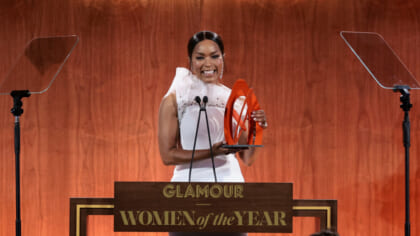 Also Read:
Jennifer Hudson, Angela Bassett and others speak truth to power at Glamour’s Women of the Year Awards

Have you ever been “Just Above Midtown”?

The Museum of Modern Art announced the debut of its newest exhibit, “Just Above Midtown: Changing Spaces.” In the new exhibit, MOMA pays homage to Just Above Midtown (a.k.a JAM), an inclusive art gallery that celebrated and welcomed Black artists in New York City between 1974 and 1986.

Described as both a “time capsule” and “treasure chest” by the New York Times (h/t ABC7), the modern-day curation of Thomas Lax reflects the community active in the original JAM.

“At that time they needed Black artists in particular, not just a place to show which JAM provided, but also a place to gather, come together, experiment and do whatever it is they wanted to do with one another,” said Lax. The public can experience a glimpse of this artistic history until February 18, 2023.

Tuesday, the Black Artists + Designers Guild launched the application process for its Creative Visionary Grant program. According to WWD, the grant is aimed to support “advanced Black professionals in art, architecture, design and material culture whose work is both decolonizing their respective fields and also affirming Black diasporic culture.” There will be three grant recipients, each receiving $10,000. The organization will announce the winners this spring.

Art critic and writer Antwaun Sargent’s exhibition “The New Black Vanguard,” based on his 2019 art book of the same name, is now live in London at the Saatchi Gallery, on view through Jan. 22 with support from Burberry.

Sargent told WWD the exhibition fills a longstanding void in the art and fashion worlds.

“We really need to be thinking about diversity in terms of aesthetic concerns,” said Sargent.