Dave Chappelle is one of the greatest comedians of his generation, and he's never afraid of a little controversy. 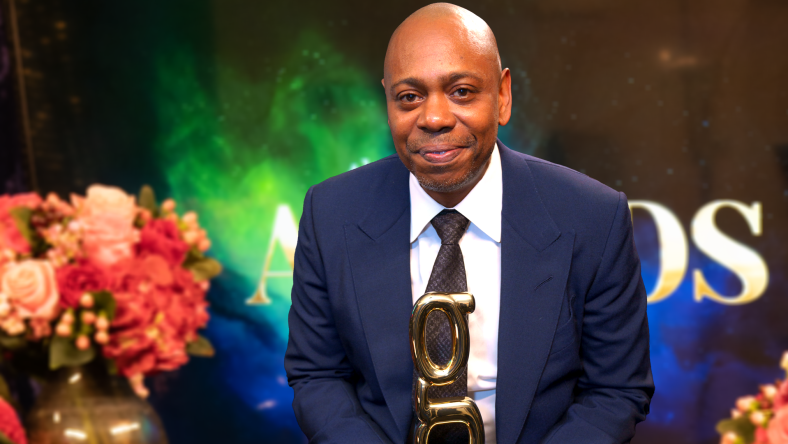 He’s one of the contestants who’s been famously booed off the Apollo Theater stage. Dave Chappelle is an alum of amateur night’s least desirable exit, but obviously, humble beginnings as a teen were part of his superstar trajectory. By contrast, his 2021 Netflix special, “The Closer,” was recorded over seven sold-out shows at the nearly 3,000-seat Fillmore Detroit.

Back in 2005, he took what turned into an eight-year hiatus from heavy touring and public appearances after he legendarily abandoned a $50 million Comedy Central contract in the middle of the third season of “Chappelle’s Show,” and fans are still making up for lost time. Dave Chappelle is in high demand — he’s set to host “Saturday Night Live” the weekend after the midterm elections, and he and fellow habitual line-stepper Chris Rock are touring together for several shows starting in December.

It’s never a matter of if Chappelle will stir controversy — because duh, he’s Dave Chappelle — but how much he will stir, and “The Closer” earned two Emmy nominations in the midst of it all. And after the murder of George Floyd, Chappelle returned to the stage in the middle of the pandemic to deliver a powerhouse performance in the comedy special “8:46,” which earned him three Emmy nods.

The three-time Grammy winner and recipient of the Mark Twain Prize for American Humor has been a pop-culture influencer before being an influencer was a thing to be, and the sacrifices he made to protect his personal peace and creative integrity predated conversations about quiet quitting and Black mental health by almost a generation.